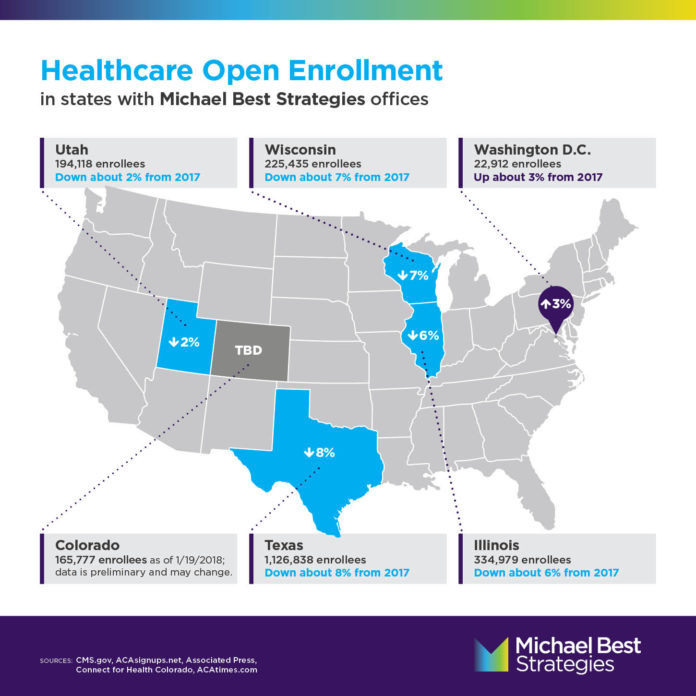 Open enrollment for 2018 health insurance coverage in the ACA marketplace ended in most states on December 15th.  Here’s a look at the numbers.

About 8.7 million people signed up for a 2018 health plan during a shortened open enrollment. Of these:

All totaled, about 22 million people visited Healthcare.gov or Cuidadodesalud.gov during open enrollment, down from 33 million during last year’s open enrollment period. Over 11 million of those users submitted applications for insurance.