The Trump administration is addressing a myriad of regulatory issues that require higher education stakeholders to be on call and ready to act. In the upcoming months, the U.S. Department of Education (ED) will continue its regulatory overhaul by revising several contentious and complex regulations, including Title IX, gainful employment, and borrower defense, while the Department of Treasury will begin to implement major changes to the federal tax code.

As ED amends its Title IX regulations, Secretary DeVos has said she wants to balance the rights of the accused with the accusers. ED withdrew Title IX guidance issued under the Obama administration in September 2017 and it plans to issue a notice in March 2018 clarifying existing Title IX regulations on campus sexual assault. Additionally, ED chose to continue publishing a database of pending sexual assault investigations that was created under the Obama administration; however, the database will now expand to include information on all active civil rights investigations including both colleges and K-12 institutions.

ED will continue its negotiated rulemaking on gainful employment and on borrower defenses and financial responsibility in February and March followed by public comment periods on their revised proposed rules. Both rules address the for-profit college industry. The agency’s draft plan on gainful employment released to the members of the committee includes major proposed changes that would deregulate the penalties, but broaden the reach of the regulation. The current gainful employment rule cuts off federal funding to low-performing for-profit and other career schools. Under the draft plan,

all for-profit, nonprofit, and public colleges and universities would be required to disclose debt and earnings information for each of their programs so ED can declare them as “acceptable” or “low-performing” and federal funding would no longer be at stake for low-performing schools.

The Trump administration halted the Obama administration’s borrower defense rule, which aimed to protect student borrowers from predatory practices by for-profit colleges. ED’s draft proposal being considered by the negotiated rulemaking committee includes a stricter standard for borrowers to meet when showing their college has defrauded them. A draft of the ED’s revised rule is expected in May 2018.

Higher education stakeholders should keep a close eye on the Treasury Department as it releases guidance and rulemakings pursuant to the Tax Cuts and Jobs Act (H.R. 1) signed into law at the end of 2017.

Key provisions impacting higher education include changes to Section 529 plans and deductions for charitable contributions; higher education finance in the use of bond financing; application of the unrelated business income tax, a new excise tax on some private colleges and universities; and a limit on the state and local tax deduction.

Michael Best Strategies works closely with higher education stakeholders to navigate this complex and high-stakes regulatory landscape. Please contact Sarah Helton to learn more about these issues and how our Higher Education team can serve your interests. 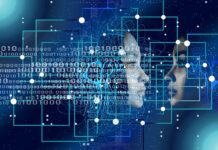