Michael Best Strategies Partner and national tax policy expert, Denise Bode was a featured speaker at BDO’s tax reform conference in California, “Planning for Tax Reform – Orange County” on January 30, 2018. The conference included over 100 tax experts and clients of BDO, one of the largest accounting firms in the world. While the other speakers focused on the technical aspects of the Tax Cuts and Jobs Act, Bode gave the audience an outlook on the political process that led to the bill’s passing. Called by some in the room the “dessert” of the conference, Bode broke down the many changes to the bill, why they had to happen, and the war stories that came with them. A few examples of those war stories include the debates on state and local taxes (SALT) deductions, pass-through treatment, and the child tax credit.

SALT Deductions
Trump’s White House first proposed ending the SALT deduction in April in a one-page outline of the president’s tax goals. Its repeal is estimated to generate about $1.3 trillion over 10 years, making it an important way to help pay for the business and individual tax-rate cuts Trump and congressional leaders propose. House Speaker Paul Ryan defended the repeal of SALT deduction, criticizing the break for “propping up profligate big government states. People are going to be better off no matter what state you come from.” Speaker Ryan cited the tax plan’s call to double the standard deduction and increase the child tax credit. Many conservatives argue that the tax break should be abolished because it subsidizes state and local governments that tax their citizens heavily – a view Trump echoed. “It is finally time to say, ‘Make sure your politicians do a good job of running your state,’” he told interviewer Sean Hannity.

But about 10% of tax filers with incomes less than $50,000 claimed the deduction in 2014 according to the Tax Policy Center, a Washington policy group. People who make more than $100,000 per year accounted for about two-thirds of the SALT deductions claimed that year. In exchange for her vote on tax reform, Senator Susan Collins (R-ME), was promised a vote on a bipartisan bill that, among other items, would include restoration of the cost sharing reduction payments, which was the method used by the federal government to reimburse health insurance companies for reduced copays and deductibles for mandatory health coverage to low-income Americans through the Affordable Care Act. Thanks to Senator Collins’ vote, the state income, property, and sales taxes could be deducted up to $10,000.

Pass-Through Treatment
During the negotiating process, the vote margin in the U.S. Senate was so narrow that every member almost became a member of the Senate Finance Committee. Essentially, Senate leadership was negotiating the bill on the Senate floor one member at a time to get the votes they needed to pass. Many changes to the bill came with the last-minute negotiations to get the bill across the finish line by the end of 2017. One important example was the treatment to pass-through entities.

Business income for individuals, under pass-through entities, get a 20% deduction on the first $157,500 for individuals or $315,000 for joint filers, indexed.

Senator Ron Johnson (R-WI) held out for the move and got a 23% deduction out of the Senate. The House concept for a 25% rate on the income was dropped in favor of the simpler deduction concept (although it doesn’t seem that simple to Bode). The National Federation of Independent Businesses held out its endorsement of the bill to get this 23% deduction.

Child Tax Credit
Senator Marco Rubio (R-FL) won the last round in his battle over the GOP tax bill. Republicans voted down a tax amendment from Senators Rubio and Mike Lee (R-UT) to expand the bill’s child tax credit and pay for it by setting the corporate tax rate at 20.94% rather than 20%. However, in the conference report, Republicans boosted the child tax credit by making it partially refundable. Under former law, the child tax credit gives families $1,000 per child to knock off their tax burden to the federal government.

With the Senate deciding to double the child tax credit, this won Rubio’s vote and secured the Senate bill’s passage.

To view key slides from Bode’s presentation at BDO’s tax reform conference, please see below and click to enlarge: 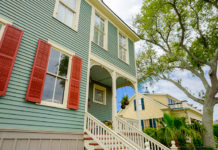 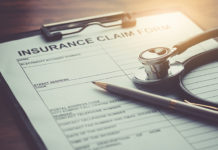