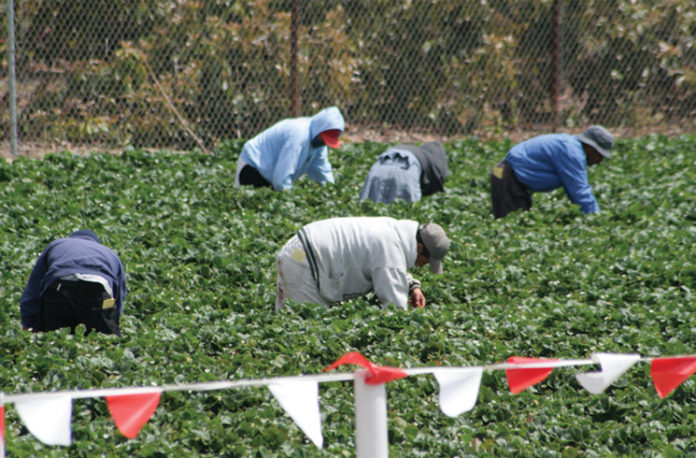 One of the first public appearances for President Donald Trump in 2018 was at the American Farm Bureau Federation Convention. His attendance marked the first time in 25 years that a U.S. President spoke at the convention. During his time spent with approximately 5,000 farmers and ranchers, he likely received an earful about the potential effects that his promises to enhance immigration enforcement and reform the visa program to favor highly skilled labor will have on the United States’ access to a safe and affordable domestic food supply.

Before any federal legislation has even been passed, Texas farmers are already suffering the effects of increased immigration enforcement. Immigrant apprehensions rose 40% in 2017 and President Trump has been able to tweak the visa law through executive action. This is compounded by the state’s passage last year of a “show me your papers” law. The purpose of that law is to more efficiently deport violent offenders, but the practical application has resulted in a population that is in hiding in South Texas, while much of the state’s farm labor needs are further north. If Congress takes action without considering the value of farm labor in their deliberations, the consequences could be dramatic for food growers.

After all, immigrants make up 17% of the state’s population and 26% of the agriculture workforce, making Texas agribusiness particularly vulnerable to a labor shortage.

Politically, the immigration reform proponents claim that these agriculture jobs are displacing American workers for cheaper, immigrant labor. But employment rates reveal that is simply not true. Texas currently enjoys historically low unemployment numbers, 3.5% at the end of 2017, a number that is expected to slide again in 2018.

Contributing factors to the state’s robust employment market include a thriving and diverse economy, a rebounding oil and gas industry, and Hurricane Harvey related construction. The state is expected to add another 366,000 jobs this year, a growth rate of 3%. In fact, some businesses have expressed an interest to expand, but have cited lack of available labor as a reason for not growing.

In Texas, the current average wage for farm labor is $10.67 an hour. If required to employ only U.S. citizen labor, the industry could find themselves in a position of having to replace almost one-third of its workforce, leaving some farmers to predict the future cost of labor to demand as much as $25 an hour, if that labor is available at all. The consumer will most likely be responsible for absorbing the increased production costs. And how much of a cost increase will the consumer pay for domestic meat or produce before they opt for cheaper, imported food? 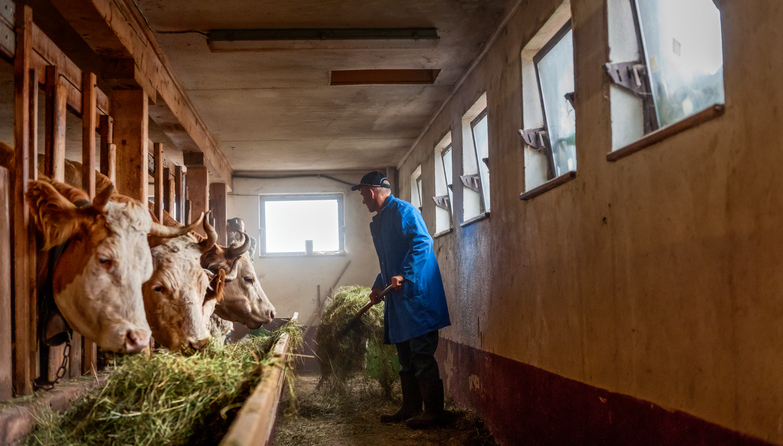 President Trump is currently working to negotiate with Democrats in Congress on a solution to give continued legal status to immigrants who arrived illegally as small children with their parents, more commonly known as the Deferred Action for Childhood Arrivals (DACA), in exchange for increased border enforcement resources and revisions to visa policy that is partial to skilled labor over farm labor.

In the meantime, there is much uncertainty for business owners and their employees. Already, anecdotal evidence of the labor shortage adversely affecting Texas agriculture is available. Farms in the Panhandle have sold off acreage and have had to watch healthy crops die for lack of farm labor. Testimony last July to the U.S. House of Representatives Agriculture Committee revealed the labor struggles of farmers and ranchers across the state. Meanwhile, business owners don’t know if their employees’ visas will be renewed or if those here illegally will be deported as the result of a broken tail light.

Increased immigration reform and a restructuring of the U.S. visa program certainly have their merits and President Trump is right to pursue new immigration policy.  After all, our economy and population have changed quite dramatically in the last 30 years. Furthermore, governments have a right and a responsibility to know who is coming and going from their shores.  But our nation’s food supply is relying on immigration reform that places an increased, not diminished, value on farm labor.