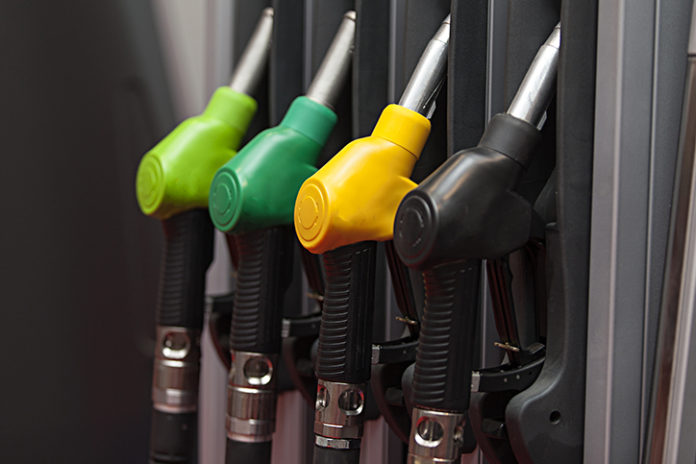 With the release of President Donald Trump’s infrastructure proposal in February, the debate began as to how to pay for it. The plan would spend $200 billion in federal funds to spur at least $1.5 trillion in infrastructure investments with state, local, and private partners. The U.S. Chamber of Commerce’s proposal to raise the gas tax by $0.25 per gallon, and President Trump’s musing about it at a congressional briefing, restarted the contentious debate of the future of U.S. transportation funding.

The last time the principal funding source, the federal fuel user fee, was raised for highway infrastructure was in 1993, over 25 years ago. This is even after vehicle miles traveled (VMT) accelerated and crumbling transportation infrastructure needs accumulated. Under the Chamber’s proposal, the tax increase would phase in at $0.05 per year until it reaches $0.25 per gallon. Assuming it starts in 2018, the tax increase would create $39 billion in government revenue per year by 2022, and about $840 billion through 2050. According to the Chamber, it would add 1.2 million additional electric vehicles to U.S. roads, and cut total fuel use by more than 1.3 billion barrels. This measure would be equivalent to a $29 per ton carbon tax on the transportation sector.

This week the White House Council of Economic Advisers (CEA) released a 568-page report that includes a detailed account of the performance of the U.S. economy in the preceding year, as well as an analysis of all the administration’s domestic and international economic policy priorities for the years ahead. It outlines infrastructure investment priorities and identifies revenue raising options. Notably, it considers increasing the fuel user fee as a possible funding source. Citing from the report, it says, “In the case of roads and highways, for example, fuel taxes have historically acted as imperfect user fees, but conventional funding models are now under pressure from rising fuel efficiency and the use of electric vehicles, and congestion costs are high and rising in many urban areas.” The report highlights a pilot program being carried out in Oregon, which bases a user fee on VMT as a better option. The Oregon program charges participants a mileage fee of 1.7 cents per mile for travel on public roads inside the state, and provides rebates or credits for state fuel taxes paid.

They asked the public if they thought “that raising the federal gas tax to specifically pay for repairs to the U.S. infrastructure is a good idea or a bad idea.” Forty-six percent answered “yes,” and forty-four percent said “no,” and ten percent said “I don’t know.”

While a gas tax would increase revenue for the U.S. government, the cost to drivers and consumers would grow to about $30 billion per year by 2022, though annual costs would steadily decrease over time. The decrease in annual cost is predicted through the assumption that, with rising gas prices in a business-as-usual scenario, drivers would drive less and purchase more electric vehicles (EV), leading to a flat tax with falling revenue in later years. It is worth noting that a $0.25 tax increase is well within the historical variation in gas prices.

As briefly noted earlier, if a $0.25 gas tax hike were instituted, rising gasoline costs would increase consumer interest in EVs. Specifically, we project such a tax to increase annual EV sales by about 100,000 per year in 2050, resulting in around 1.2 million additional EVs on the road by that year. Of note, our modeling does not account for barriers to EV adoption, such as charging infrastructure build-out needs or limitations to EV availability to consumers.

This dynamic of increasing electrification, combined with decreasing fuel consumption, raises an interesting point: in a future where EVs make up a substantial share of the vehicle fleet, a gas tax will face steadily-falling revenue. Policymakers considering a gas tax should consider how they can raise infrastructure revenue in a future with much less demand for gasoline and diesel. While there is real interest in enacting infrastructure legislation, many doubt that lawmakers will have the stomach for another potentially tax and deficit-increasing bill so soon after passing tax reform.