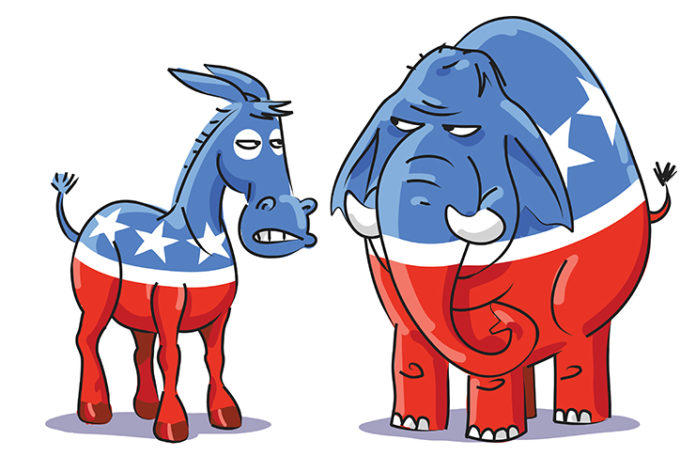 In this first edition of the Wisconsin Political Round Up, Nathan Houdek and Andrew Hitt take a closer look at both sides of the aisle’s fight to win at the ballot box this fall.

First up, Hitt dives into the Republican’s view. To jump down to Houdek’s take on the Democratic viewpoint, click: “Wisconsin Democrats Optimistic that ‘Blue Wave’ Will Continue in 2018”

Generally speaking, you don’t have a lot of notice about a tsunami (a.k.a. a ‘blue wave’) coming, but that has not stopped Democrats from predicting—for well over a year out from November of 2018— that a ‘blue wave’ is coming. The Democrats are trying to actually will the wave into a reality through the tactic of if you talk about it, it will come. Given sentiment across the country, that tactic may work. While it is of course true that Democrats have had some off year successes, some commentators have asserted that the Republican candidates had deficiencies that factored into those races.

In Wisconsin, the top of the ticket is strong and does not suffer from the same problems as some of these other races around the country. Governor Walker is a “three-term” governor if you count his successful recall election victory. That recall election has given him one of the strongest fundraising programs of any governor and resulted in the Republication Party of Wisconsin having one of the best get out the vote (GOTV) programs of any state party. As Democrats continue to spend time and money with over ten candidates to choose from, the incumbent governor should get stronger. However, there is no doubt that having this many opponents makes opposition research costlier and time consuming for the Republican Governor.

The Attorney General race is set with incumbent Attorney General Brad Schimel against political newcomer Josh Kaul, who is former Attorney General Peg Lautenschlager’s son.  Kaul is an attorney at the national law firm of Perkins Coie. Schimel as a former District Attorney has made the opioid crisis and fighting crime a signature part of his reelection campaign. Kaul’s platform is still being developed as his most outward facing comments seem to be directed at criticizing the Attorney General rather than talking about what he plans to do. Perhaps that is his platform.

Some numbers to consider:

It is still early for predictions and the old adage “don’t count your chickens before they hatch” rings true, but the will of the Democrats is strong and Republicans need to respond if they are going to be successful in the fall. The Real Clear Politics average shows that the general ballot is trending back towards Republicans compared to December, but that could sway back and forth throughout the year especially as Americans try to figure out what they actually think of President Trump.

Houdek’s Rebuttal:
Wisconsin Democrats are 2 for 2 in high-profile elections in 2018.

Wisconsin Democrats Optimistic That ‘Blue Wave’ Will Continue in 2018

After eight years of Republican dominance in state politics, Wisconsin Democrats are optimistic about their electoral opportunities in 2018 with a ‘blue wave’ continuing to sweep the country.

November 8, 2016 was the latest in a long line of electoral disappointments for Wisconsin Democrats going back to the November 2010 elections when Democrats lost the governor’s office and both chambers of the State Legislature. Except for the recall election victories in 2011 and 2012 – which gave Democrats control of the State Senate for a few months – Scott Walker and the Republican leaders in the Legislature have dominated state politics the past eight years. But Democrats see 2018 as a year of opportunity, and they have momentum, enthusiasm, and history on their side.

One trend that has remained relatively constant over the past 80 years is the midterm electoral success of the political party that does not control the presidency. Since 1938, only twice has a sitting president’s party not lost seats in the U.S. Congress during the midterm elections: 1998, during the tech boom and at the end of the Bill Clinton’s presidency, and 2002 during George W. Bush’s first term and following the 9/11 terrorist attacks. In every other midterm, the sitting president’s party lost between four (1962) and 71 (1938) congressional seats.

Now, with history on their side and the winds of enthusiasm at their backs, Wisconsin Democrats are looking ahead to the November 2018 election with a confident eye toward unseating Governor Scott Walker and Attorney General Brad Schimel while picking up seats, and potentially gaining the majority, in the State Senate and State Assembly. And the early indicators look good for Democrats.

Across the country there were over 70 special elections for state and federal legislative seats in 2017. In 74% of those districts, Democrats have outperformed the typical partisan lean, and the Democratic margin has been 12 percentage points better, on average, than the partisan lean in each of those races.

In Wisconsin, the ‘blue wave’ crashed ashore on January 16, 2018 when Democrat Patty Schachtner won a special election in the 10th state senate district with 55% of the vote. This was a district that President Donald Trump won by 17 percentage points in 2016, and which former Republican State Senator Sheila Harsdorf won by 59% and 63% in 2012 and 2016, respectively. On the same day, Democrat Dennis Degenhardt came up short in a special election in Assembly District 10, which includes the Republican stronghold of West Bend and the surrounding area. Despite losing the race, Dennis received 44% of the vote, an 18-point over-performance for Democrats in that district.

Wisconsin Republicans acknowledge that the special election results on January 16 were a “wake up call,” but the question remains whether or not they can do anything to stop or counter the ‘blue wave’. History is on the Democrats’ side and the anti-Trump resistance and progressive momentum have shown no signs of subsiding.

While factors such as retirements, candidate recruitment, party infrastructure, fundraising, and grassroots organizing – which we will discuss in more detail in the coming months – will have an impact on the electoral outcome in November, the national momentum and generic partisan ballot advantage are clearly in favor of Democrats so far this cycle. Unless the ‘blue wave’ momentum peters out (which appears unlikely) and barring an unforeseen external factor (such as a major terrorist attack), it appears that Democrats in Wisconsin are in a strong position to make gains in the State Legislature and potentially retake the offices of Attorney General and Governor.

Hitt’s Rebuttal:
“No doubt, as my colleague points out, there are danger signs for 2018 Republicans. The question is whether these danger signs and bad off year results indicate what is to come in November when the entire country goes to the polls on a single day. GOTV programs, local politics, and certainly the president all will come into play on that day.” 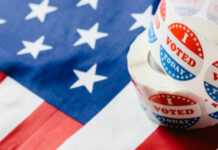