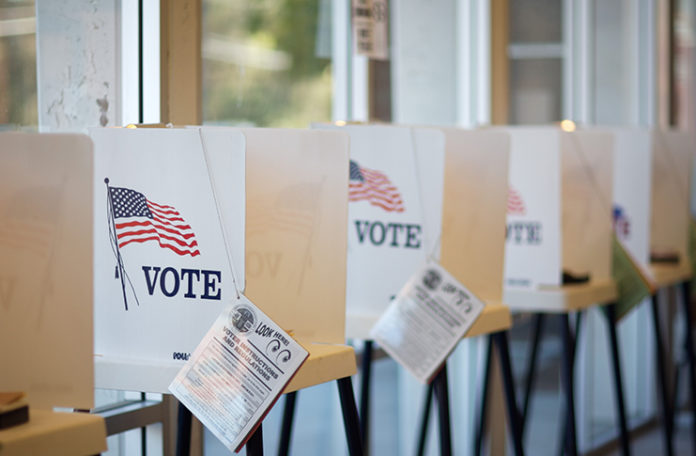 The fall midterm contests are often a national referendum on the incumbent presidentâ€™s first half of his term. Historically, presidents above a 50% approval rating see their party lose an average of 14 seats in the House; sub-50% presidents lose 36 seats, according to research provided by Gallup.

Considering this, President Trump and incumbent GOP members of Congress looked to be in trouble in December with the presidentâ€™s approval rating sitting at 32% at the time.

Few polls in December gave Republicans a fighting chance at retaining a majority. Some gave Democrats an 18-point lead and even conservative polls gave Democrats a 12-point advantage. Just six months ago, it was less of a question of if the Democrats would retake the House, but by how many seats.

Just a few short months later, however, the tables have turned. Many are now questioning whether we will see any semblance of a blue wave sweep the House this November. An improving economy, the passage of a sweeping tax reform package, a massive deregulatory agenda that has spurred greater investments and revitalized economic expansion, and potential peace on the Korean Peninsula are just a few reasons why a Rasmussen Reports poll for May 22 showed President Trumpâ€™s approval rating sitting at 50%, with 35% of respondents stating that they “Strongly Approve” of the presidentâ€™s job performance. Another poll, fielded by CBS News and published May 20, found two-thirds of Americans believe the economy is in good shape, with 35% of respondents believing the presidentâ€™s policies are “a great deal” responsible for the economyâ€™s recent performance and another 33% saying the presidentâ€™s policies are “somewhat” responsible. On May 23, a poll out of Reuters became the first survey to show Republicans with a lead over Democrats.

Democrats currently hold 193 seats in the House while Republicans hold 235. According to Rasmussen, at normal turnout levels, one might expect 202 Democrats, 221 Republicans, and 12 Toss Up seats. If Republicans, inspired by recent accomplishments, saw a heavy turnout, they could only lose two seats and bring the total to 195 Democrats and 240 Republicans. Democrats, however, both inspired by new candidates, including record numbers of women and minority candidates, and upset with the countryâ€™s direction, not to mention numerous scandals, could also see heavy turnout â€“ leading to them retaking the House with 226 Democrats and 209 Republicans.

Though a total of 34 Senate seats are up for reelection this year, due to Senator Jeff Flakeâ€™s announced retirement, control will ultimately depend on eight â€˜toss upâ€™ races. Nelson (D-FL), Donnelly (D-IN), McCaskill (D-MO), Heitkamp (D-ND), Manchin (D-WV), Flake (R-AZ), Heller (R-NV), and Corker (R-TN) hold seats in what will probably be the most contested races in the Senate this year.

Democrats, defending 26 of the 34 total Senate seats this year, should not be optimistic in retaking control of that chamber. Five Democratic senators up for reelection are running in states President Trump won by 15 points or greater. Senator Sherrod Brown (D-OH) is running in a state Trump won by 8.6 points. Eight more Democrats, compared to only two Republicans, are running in states that either Secretary Clinton or President Trump won by less than 5 points. Republicans, on the other hand, have no senators running for reelection in states that Clinton won. In fact, six of the nine Republicans running hail from states Trump won by over 15 points. With currently a 49-51 split in the Senate, it seems unlikely Democrats will overtake their Republican colleagues; in fact, barring any surprises, it seems evident the Republicans may increase their majority.

What is important to remember is that the midterms are still five months away and many things can shift in the upcoming months. Upcoming primaries will be crucial in determining how the 2018 midterm elections will turn out. North Carolinaâ€™s Robert Pittenger, for example, became the first incumbent to lose their primary earlier this month.

The Democratic primaries will determine whether the partyâ€™s progressive voter base chooses candidates with which they generally identify, or select more moderate candidates that might have a better chance of winning in the general election in November. Stacey Abrams, the progressive gubernatorial candidate in Georgia and Lupe Valdez, the Democratsâ€™ Latina nominee for governor of Texas, among many other progressives, suggests that the Democratic primary voters are sticking with their â€œleft of centerâ€ roots.

2018â€™s biggest primary night, which took place on June 5 in Alabama, California, New Jersey, Iowa, Montana, Mississippi, New Mexico, and South Dakota, shed some additional light onto what voters in 2018 are thinking. Democrats in California breathed a sigh of relief as losses in the open primary state could have led to Democrats being unable to compete for seats crucial to the Partyâ€™s aims to retake the House. Senator Bob Menendez (D-NJ) barely scraped through his primary contest against Lisa McCormick as voters took his criminal indictmentÂ and appeal into consideration at the ballot box. The senior senator from New Jersey is expected to hold onto his seat despite a well-funded, partially self-funded challenge from Republican nominee Bob Hugin.

It is quite evident that Democrats are still working on identity and message. Tuesdayâ€™s primaries demonstrated the power of the womenâ€™s vote, and the power of the female candidate, the Democratic Congressional Campaign Committeeâ€™s successful electoral strategy of Party unity, and the limits to Bernie Sandersâ€™ revolution.

If the Democratic primaries yield more progressive candidate, their chances of taking back the House will continue to evaporate.