Michael Best Strategies Partner, Denise Bode, has been named Chair of the Avalon Foundation after serving two years as the organization’s Vice Chair. She will begin her tenure on July 1, 2018.

Founded in 1994 and located in Easton, Maryland, the Avalon Foundation, Inc. is a charitable organization that began as a community theatre and has grown into the largest arts organization on the Eastern Shore of Maryland. The Avalon enriches the lives of over 100,000 people each year through nearly 300 events, performances, educational programs, and celebrations throughout the year.

The historic Avalon Theatre first opened in 1922 and immediately became, “The Showplace of the Eastern Shore.” Generations of Eastern Shore movie-goers saw Clark Gable’s first screen kiss, Bette Davis’ first psychotic role, and Roy Rogers’ first gunfight at the Avalon. Three world premieres took place at the Avalon including “The First Kiss” starring Gary Cooper and Fay Rae, which was filmed in Easton and St. Michaels. Though its position as Easton’s premier movie house came to an end in 1985, special events, such as the filming of the 2006 hit movie “Failure to Launch,” starring Matthew McConaughey and Sarah Jessica Parker, in Oxford, Maryland, have led to special viewing parties over the years. 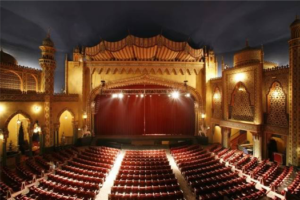 Today, the Avalon Foundation and its theatre support a wide variety of cultural and artistic events for the community and its visitors.

The Avalon hosts everything from the Mid Atlantic Symphony Orchestra and the local farmers market to children’s theatre, acting workshops, and local school choirs. Boys II Men, The Temptations, Rueben Studdard, and many others have rocked the night away in Easton’s quiet town and many have left the theatre laughing from performances by Joan Rivers and Mickey Rooney. Most recently, Bob Marley’s band, the Wailers, officially started the summer season with a concert at the Avalon.

One of the Foundation’s largest responsibilities is Plein Air. Plein Air Easton is the largest and most prestigious outdoor painting competition in the United States and is held annually in Easton each July.  Plein Air painters produce art from life (as opposed to in the studio). Artists from all over the U.S. and beyond apply to this competition. Fifty-eight of the best Plein Air artists paint throughout Talbot County, Maryland for a week in mid-July. The resulting original works of art are displayed in the Academy Art Museum where $30,000 is awarded to the competition winners and paintings are sold throughout the final weekend. 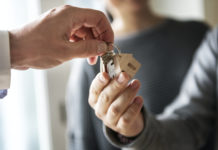 The Arts’ Contribution to America 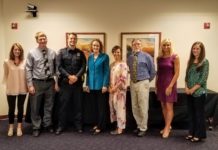 What Does It Take to Make a Community Healthier? Ask Fond Du Lac County, Wisconsin