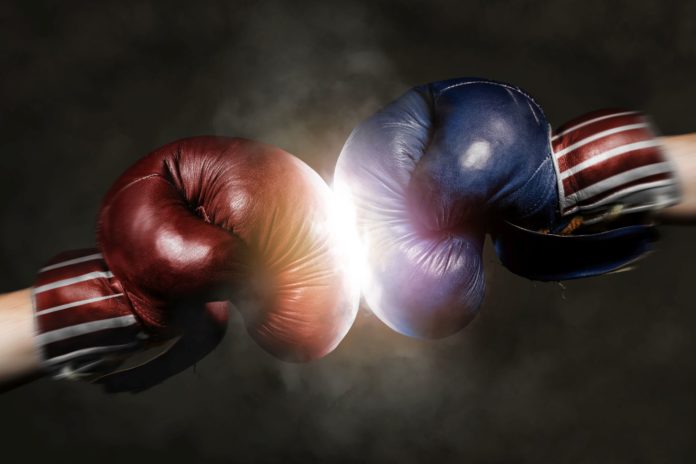 In our fifth edition of the Wisconsin Political Round Up, Nathan Houdek and Andrew Hitt take a closer look at both sides of the aisle’s fight to win at the ballot box this fall.

First up, Hitt dives into the Republican’s view. To jump down to Houdek’s take on the Democratic viewpoint, click: “Democrats Optimistic about November Elections with Baldwin and Evers at the Top of the Ticket”.

As Democrats continue to focus on electrifying blue wave energy, Wisconsin Republicans had a good night in the August primary.

While it was the night Republicans needed, this is still Wisconsin in a year where there is no doubt that Democrats have an enthusiastic advantage, even if no one knows whether that enthusiasm will produce results. The Real Clear Politics generic congressional ballot average has Democrats with a 6.8% advantage—still dramatically lower than the double digit advantage at the height of the blue wave. In Wisconsin, the next Marquette poll comes out this week Wednesday. Look for Tony Evers to have a 6-8 point bump coming out of the primary, but how quickly and where that bump settles out in the next few weeks will more accurately predict the fall outcome. Any other poll besides Marquette should be looked at with some skepticism.

Marquette is the gold standard for polling in Wisconsin.

They know the voters; they know the state; they know the issues that matter; and, they have accurately predicted results over and over. The recent national polls focused on Wisconsin are suspect. With a poll, a great deal depends upon turn out modeling. So, as you turn those dials, the outcome can swing dramatically. It is no surprise that a national poll would have higher predicted turn out for Democrats given the general environment, the Trump disapproval rating in Wisconsin, and the results in the 10th SD and the Wisconsin Supreme Court race. However, I would trust the Marquette poll because they understand the dynamics of the state and the voters much better, and they have consistently year-over-year got the turnout modeling right.A National pollster is going to have a hard time comprehending that there are likely Walker/Baldwin voters just like there were Walker/Obama voters.

According to the latest Marquette University Law School Poll released Wednesday, August 22, support is equal among likely voters for Walker and Evers at 46%. Click here to read the full results.

On Tuesday, August 14, Wisconsin Democrats selected state superintendent Tony Evers as the democratic nominee for Governor. Evers finished with a comfortable margin of victory, securing 42% of the vote in the eight-way race and winning 67 of 72 counties. Joining Evers on the ticket as the Lt. Governor nominee will be Mandela Barnes, a former state representative from Milwaukee. Barnes won 68% of the vote to easily defeat political newcomer, Kurt Kober.

Evers and Barnes will now face Scott Walker and Rebecca Kleefisch in the general election on November 6.

Both Walker and Baldwin enter the general elections with considerable cash-on-hand advantages as a result of not having competitive primaries. Recent finance reports show Walker had $4.9 million and Baldwin had $6.7 million in their respective war chests at the end of July. By comparison, at the end of July, Evers reported $158,000 and Vukmir had $430,000, which didn’t include last minute expenditures leading up to the Primary Election. Of course, third-party independent expenditure organizations are expected to play a significant role in both the gubernatorial and U.S. Senate races. Big money groups and wealthy individuals are lining up on both sides of these races, and the two major political parties are also expected to be heavily involved during the general election.

Despite Walker’s current cash-on-hand advantage, and his electoral successes in Wisconsin since 2010, Democrats are confident that Evers is well-positioned to become the next governor. Democratic enthusiasm was on display once again in the Primary Election as the total number of Democratic voters surpassed the total Republican vote by more than 80,000 statewide.

Meanwhile, an unknown business owner from Sun Prairie who raised only $270 and spent almost no time campaigning received 8% of the vote, or 38,353 votes, in the Republican primary against Scott Walker. What does it say when almost 40,000 Republican primary voters chose to cast their ballot against Walker? Could this protest vote be an indicator of softening support for Walker among Republican base voters after eight years of being governor? And as recently as last Thursday, August 16, Sabato’s Crystal Ball, which is closely-watched by political insiders and analysts, moved the Wisconsin governor’s race from ‘Lean Republican’ to ‘Toss-Up’, further reinforcing the challenging political environment for Scott Walker.

The next two-and-a-half months will be a multi-round boxing match between Evers and Walker as both candidates throw jabs and body shots to soften the other, while looking for the ultimate knock-out punch. However, it’s difficult to imagine a knock-out punch piece of information coming out against Walker, given that the voters already know him well and he has been heavily vetted during his three statewide races over the past eight years. Similarly, Evers has run statewide three times as State Superintendent, resulting in high name ID among voters and ensuring that he enters this campaign more prepared for the challenges ahead than Mary Burke in 2014.

While money, message, and mobilization will matter, both the governor’s race and the U.S. Senate race in Wisconsin will be heavily influenced by the national political mood and the voters’ attitudes toward the current President. There has been a lot of uncertainty and unexpected outcomes in politics in recent years, but one trend that has held steady during the mid-term elections has been the success of the party that does not occupy the White House. Unless we see a major break from this historical trend, Democrats have good reason to feel optimistic about November. 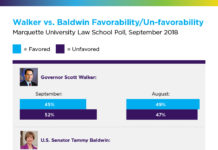