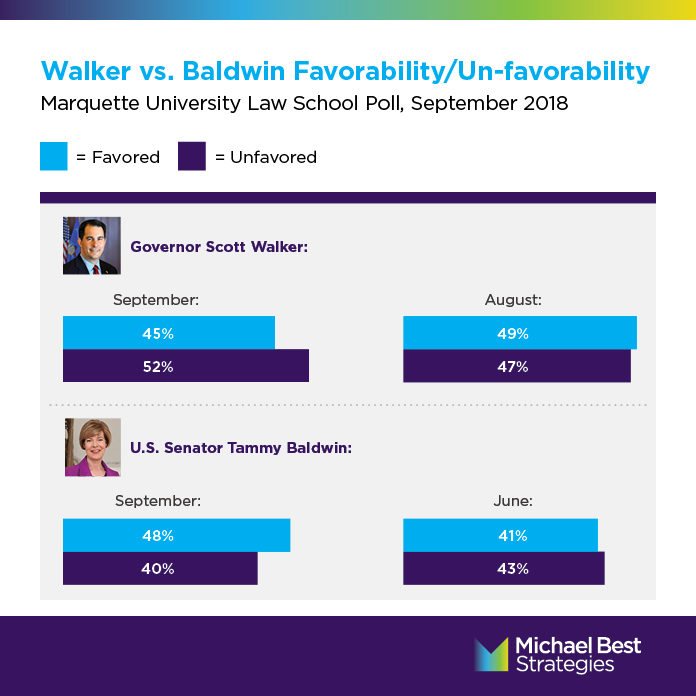 In our fifth edition of the Wisconsin Political Round-Up, Nathan Houdek and Andrew Hitt examine recent poll results, share their interpretations and provide a forecast for the fast-approaching election.

Executing in the Final Weeks: The Races for WI Governor, U.S. Senate and Attorney General

After a very busy September, the races for Governor, U.S. Senate, and Attorney General are blazing red hot for all of the candidates. How each of these campaigns decides to execute their strategy and respond (or react) to changing dynamics will be crucial throughout October. Debates, activity by outside groups, and national politics can all be impactful in elections and I expect these races to be no different.

National polls regarding the Wisconsin races continue to show Democrats to have a significant advantage, though I continue to doubt that these national pollsters have the right turn out model for Wisconsin. With enthusiasm amongst Democrats coupled with poor Trump approval numbers; there is no doubt that these national pollsters are projecting a big day for Democrats. The Marquette poll continues to be the gold standard in Wisconsin, but polls are polls and the most recent Marquette poll gives us reason to believe that we have a question as to which electorate shows up in November. Here’s why: 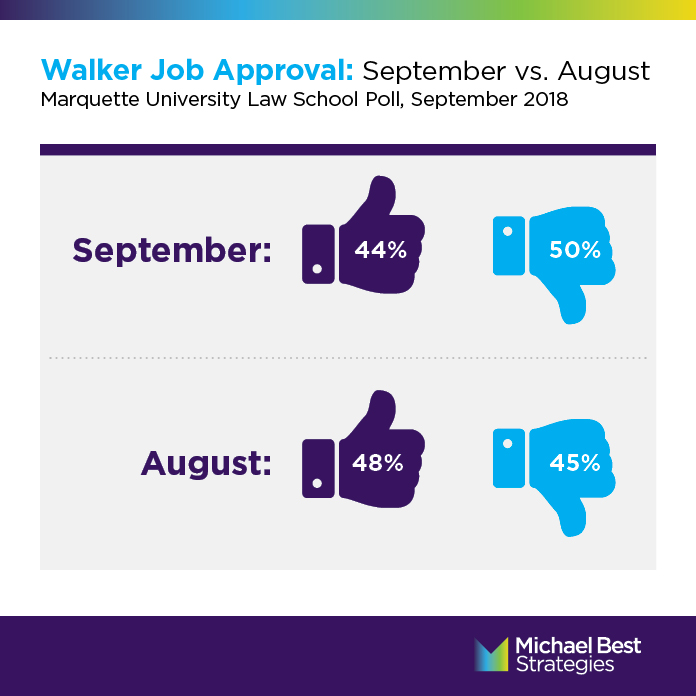 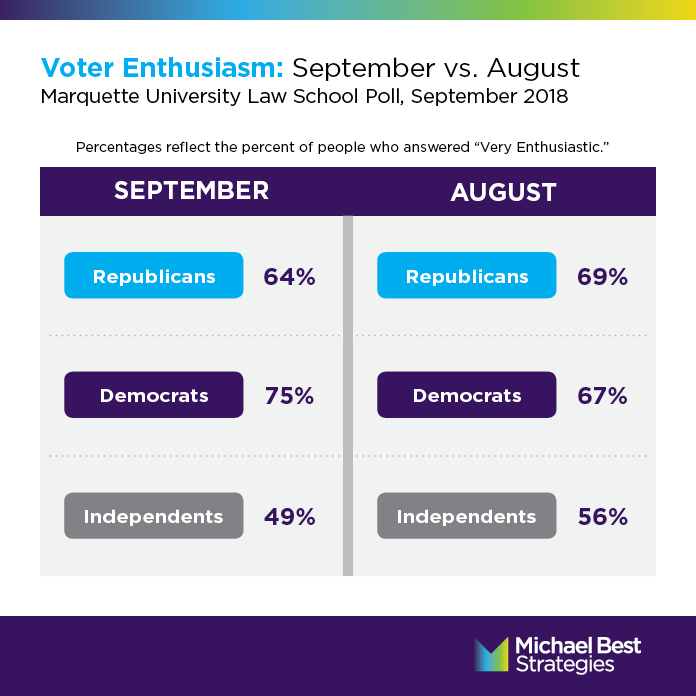 There’s no obvious reason for the significant month to month changes displayed above between polls. That being said, I believe the explanation for these erratic results is that the sample of folks polled in August differed drastically from the sample of individuals polled in September.

Who wins this election is completely dependent on which “sample of people” turns out more in November. With 31% of likely voters still lacking an opinion of Tony Evers, we’re likely to have a dynamic October ahead of us.

Democrats continue to feel optimistic as both State Superintendent Tony Evers and U.S. Senator Tammy Baldwin are leading in the most recent Marquette Law School poll.

Among likely voters, the poll, conducted September 12-16, found Evers leading Governor Scott Walker by a margin of 49 to 44, and U.S. Senator Tammy Baldwin ahead of Republican State Senator Leah Vukmir 53 to 42.

Both Evers and Baldwin have opened bigger leads since the last Marquette poll in August. That poll found Evers and Walker tied at 46, with Baldwin leading Vukmir 49-47.

These numbers are consistent with trends that have persisted throughout the 2017-2018 election cycle and continue to be favorable for Democrats and present significant headwinds for Republicans.

Further reinforcing that point was the partisan enthusiasm gap in the recent Marquette poll, which found a +11 advantage for Democrats (75% to 64% who identify as ‘very enthusiastic’ to vote). It’s clear that Democrats remain fired up and enthusiastic to send a message at the ballot box – as we have seen in the two state senate races, the state supreme court race, and the August primary election in Wisconsin.

The big question in the governor’s race is whether Scott Walker can overcome the challenging political environment and get Republicans to turn out on Election Day while also getting Independent voters to break his way.

With Evers benefiting from strong Democratic enthusiasm and currently winning Independents by a 20 point margin, he is in a strong position with less than six weeks remaining until Election Day. However, six weeks is an eternity in campaign time and a lot can, and likely will, happen during that time.

For both Evers and Baldwin, the focus is on running strong, error-free campaigns for the remaining six weeks. Assuming the recent Marquette poll numbers are accurate (or close to accurate), neither Evers nor Baldwin needs to ‘go big’ or do anything that would unnecessarily jeopardize their favorable positions.

Of course, they also need to keep their foot on the gas and be prepared for the hard-hitting attacks that are likely to come in the closing weeks of the campaign, especially if Walker and Vukmir remain behind in the polls.

Of course, one of the biggest factors in the outcome of both races is the national political environment, which is beyond the control of any candidate running for office in Wisconsin. Since the November 2016 election, Democrats across the country have benefited from a favorable national political environment, and it appears that Tony Evers and Tammy Baldwin are well-positioned to also benefit from the national Democratic momentum.

However, a number of significant factors could diminish the Democrats’ favorable political environment and benefit Republicans in the closing weeks of the campaign, including the Bret Kavanaugh confirmation process and its impact on the enthusiasm of conservative voters, the potential for election meddling by foreign agents as we saw in 2016, and the difficult-to-quantify ‘Trump effect’ that caused problems for Democrats in districts across the state.

Fortunately, Democrats learned some valuable lessons from 2014 and 2016, and the constant news coming out of Washington DC is likely to keep stoking Democratic enthusiasm going into November 6. 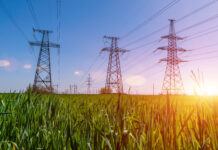 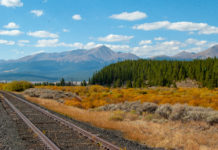 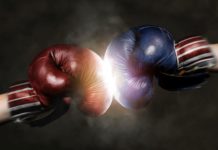