â€¢ Reauthorized the Federal Communications Commission (FCC) for the first time in 28 years.
â€¢ Directs the FCC and National Telecommunications and Information Administration (NTIA) to make at least 255 MHz of low- and mid-band spectrum available for wireless broadband use.
â€¢ Directs the FCC to publish a notice of proposed rulemaking (NPRM) to authorize mobile or fixed wireless service in the 42 to 42.5 GHz range.

â€¢ On September 26, the FCC approved a federal order to preempt state and local regulations over small cell deployment.
â€¢ On October 25, President Trump signed a memorandum which creates a Spectrum Strategy Task Force and directs the Secretary of Commerce to draft a national spectrum strategy.

â€¢ On June 11, the FCCâ€™s reversal of the 2015 Open Internet Rule came into effect, reclassifying internet service providers as a Title I service covered under Federal Trade Commission (FTC) jurisdiction.
â€¢ On September 30, the Justice Department filed a lawsuit against Californiaâ€™s net neutrality law, contending that only the federal government has jurisdiction to regulate net neutrality.

â€¢ Both Republicans and Democrats have called for federal privacy legislation; several members of Congress have announced plans to introduce bipartisan legislation in the 116th Congress.Â 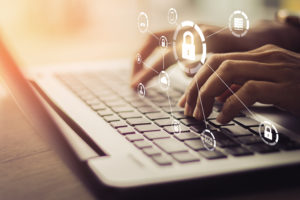 â€¢ The European Unionâ€™s General Data Protection Regulation (GDPR), which came into effect on May 25, 2018, and the California Consumer Privacy Act, which will become effective on January 1, 2020, could give Congress additional foundation to pass legislation in 2019.

â€¢ A federal privacy bill could include additional resources for the FTC, including additional funding, expanded civil penalty authority, and Administrative Procedure Act rulemaking authority.
â€¢ Several members of Congress have stated an interest in the results of the 2018 FTC data investigations into Facebook and Equifax.

â€œCongress needs to move in a direction to allow citizens to opt in to the dissemination of their information, rather than opt out, which seems to be the current law.â€ â€” Rep. Ted Poe (R-TX)

â€¢ U.S. Citizenship and Immigration Services published an NPRM to amend the H-1B registration process in November 2018.
â€¢ The rule would include advanced degree holders in the previous general pool of 65,000 non-advanced degree holders and move the registration process online.
â€¢ 2015 Census Bureau data suggests that over half of Silicon Valley STEM employees are immigrants.

“I will end forever the use of H-1B as a cheap labor program, and institute an absolute requirement to hire American workers for every visa and immigration program. No exceptions.â€ â€” President Donald Trump

â€¢ On December 12, 2018, the FCC announced that it would allocate an additional $67 million annually to improve broadband connectivity in rural areas.
â€¢ As telecom providers continue to announce plans to deploy 5G in 2019, funding for broadband infrastructure in rural areas will likely be a topic of discussion.

â€¢ On September 25, 2018, the NTIA sought public comment on privacy principles and goals.
â€¢ On December 12, 2018, the Department of Health and Human Services issued a request for information for HIPAA, with public comments due on February 11, 2019. 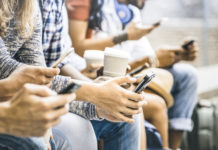