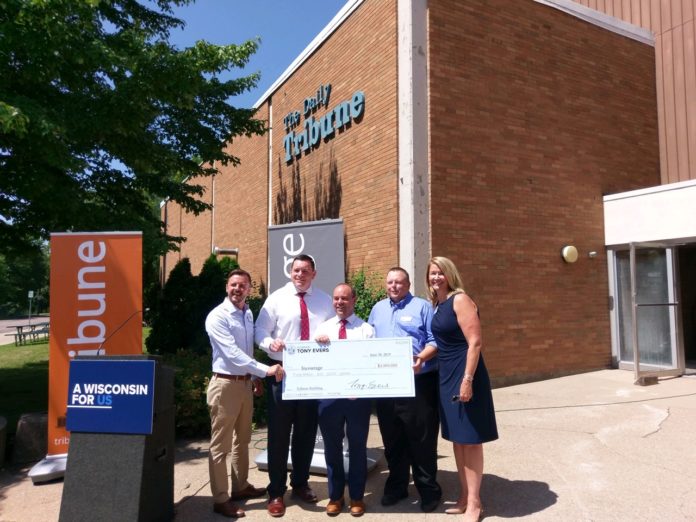 Michael Best Strategies was hard at work during the last few months in Wisconsin to secure budget items for clients as the state budget was passed by the legislature and signed by Governor Evers. We are especially proud of our work with Incourage, a community foundation based in Wisconsin Rapids, for whom we helped secure a $3 million grant in the latest budget cycle. These grant funds will be used to redevelop the vacant Wisconsin Rapids Tribune building and transform it into a hub of community activity and rural economic development.

Incourage, founded in 1994, holds a national reputation for excellence in community development and place-based philanthropy.  Wisconsin Rapids was hit hard after the sale and significant downsizing of the local Fortune 500 paper company in 2000. The region experienced 40% job loss and a steep decline in household income.

Incourage purchased the vacant Wisconsin Rapids Tribune Building in 2012 and worked over the next several years to engage thousands of residents and local businesses to design future uses of the Tribune for Wisconsin Rapids and central Wisconsin.  Throughout this process, Incourage worked with area residents to incubate and model new approaches to shape a thriving, sustainable and inclusive community. This included fostering openness to new ideas and entrepreneurial possibilities, redefining leadership and adopting new decision-making processes.

Seven years of work with residents and local leaders have shaped the community’s vision for the Tribune as a new economic and community hub that will feature a wide variety of programs and businesses:

The space will also host the Partnership for Sustainable Communities, a joint initiative of UW-Stevens Point and Incourage. This program will drive collaboration with the Wisconsin Institute for Sustainable Technologies, UWSP’s College of Natural Resources, and the University’s fermentation sciences and design programs. It will also offer businesses and entrepreneurs support, including access to financing, opportunities for informal collaboration among entrepreneurs, training, and workshops.

The state budget process was a tumultuous one for Incourage. Before Governor Evers was sworn into office in January, Michael Best Strategies worked with his transition team to place the grant in the governor’s budget. Because the grant was for a building project, it needed to join all other state building projects for a vote before the State Building Commission. Although Governor Evers chairs the Commission, the seats are split 50/50 along party lines, and the vote on this and every other project ended in a perfect tie. This meant every project failed to move forward, and Michael Best Strategies needed to work with the Joint Finance Committee and the Legislature to revive the funding proposal. With the help of essential state legislative champions including Senator Pat Testin and Representative Scott Krug, the project was brought back to life and was featured in the final version of the budget.

A Note of Thanks

In the choppy waters of a divided government, it can be difficult to win support from majorities in both legislative houses and from the governor. Incourage CEO Kelly Ryan was pleased not only with Michael Best Strategies’ strong voice as an advocate, but also with the firm’s teaching and guidance throughout the twists and turns of the budget process:

On behalf of the board and staff of Incourage – and an entire community – I want to express my sincere appreciation for your efforts over the past three years to support redevelopment of the Tribune building becoming a reality.  It is clear to us that this would not have happened, particularly in a divided government, without your individual and collective expertise.

So, thank you. Not only for delivering a special addendum that resulted in the Tribune realizing $3 million in state support, but also for building the capacity of our organization and community to better prepare us to engage with our state government and elected officials in the future.

Michael Best Strategies was proud to partner with Incourage, local champions, and state government leaders to secure the state’s investment in this transformative project. 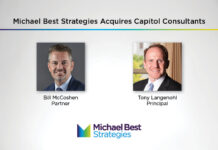 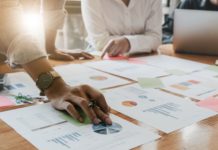