News stories this week about the passing of energy giant Boone Pickens inevitably refer to him as a swashbuckling Texan. In fact, Boone was a strategic business pioneer from Oklahoma (not Texas) who repeatedly proved himself to be a nimble and innovative leader. His unique perspective will be sorely missed in energy debates.

I first got to know Boone when I was President of the Independent Petroleum Association of America. As their first female CEO, I went on the road to meet all the members. One of the first speeches I was asked to give was in Dallas, Texas at, of course, the Dallas Petroleum Club. For those of you who know the oil industry, the Petroleum Club of an oil town is a big deal and being asked to speak there was really being in “tall cotton”. I looked out over the room of over 200 oil men (maybe a few women) and there was the legendary Boone Pickens. I began my speech with, “I shot J.R. Ewing”, (star of the hit TV series Dallas, about an independent oil and gas producer, who in fact was shot at the end of one of seasons by a woman.) I looked over at him and grinned as he almost fell off his chair laughing, along with the rest of the crowd. And we were friends ever since.

Like me, he was raised in an energy family, born in Holdenville, Okla., a cattle town surrounded by oil wells. His father, Thomas Boone Pickens — a distant relative of the legendary frontiersman Daniel Boone — was a lawyer for the Phillips Petroleum Company. Like Boone, I grew up in the shadow of Phillips Petroleum Company, in Bartlesville, Oklahoma with a dad who was also a lawyer working for the company.

After graduating from Oklahoma State University in 1951, Boone got a job as a geologist at Phillips, where he learned about the oil business. Like many of his generation, he soon decided to break out on his own, and in 1956 and started his own oil company, which ten years later went public as Mesa Petroleum.

The first time I ran across Boone was when he rocked Wall Street and the energy industry with his 1980s plays to take over Phillips Petroleum Company, Cities Service and Gulf Oil Company. I had just left Senator David Boren (D-OK) staff, was just starting in private practice and I was hired by Phillips to urge policymakers to help fend off his group.  He insisted at the time, that his real motives were to shake up staid boardrooms and enrich ordinary shareholders — “the neglected minority,” as he called them. As one of those shareholders, Boone earned almost $900 million for himself and his allies by selling their shares in the three companies in the aftermath of the takeover bids and in doing so, became notoriously feared in corporate circles.

Boone’s idea changed American corporations by forcing management to acknowledge the supremacy of the shareholder. But the transformation created new pitfalls, such as short-term thinking. Long term investments in important areas, like research and development dried up. Phillips, for example, that had one of the most significant research facilities, with a huge number of important patents, had to severely curtail its research dollars. And eventually employment was impacted, as folks like my Dad, had to take early retirement as the company sought to reduce its payrolls. My dad would say he was better off in private practice, but it was a heavy price to pay. Also, top executives began to link their salaries to the performance of their companies’ shares, and thus enrich themselves further with stock options.

We crossed paths again in the 1990’s, as Boone drove heavy Mesa investments into natural gas reserves. He believed that natural gas was the fuel of the future and along with other gas wildcatters, like Aubrey McClendon of Chesapeake, bet heavily on its future. Again, Boone had an important idea for the gas business, to build demand for his natural gas production as a transportation fuel. So, he became one of the first investors in building infrastructure for Compressed Natural Gas (CNG) to fuel commercial vehicles and cars. That vision is still growing as other major fuel suppliers are utilizing not only CNG but renewable gas from landfills and agricultural production at refueling stations across the country.

Ten years later, he headed a nationwide campaign to push for energy self-sufficiency through the exploitation of natural gas, wind power and solar energy with the aim of reducing the United States’ dependence on oil imports from the Middle East. I was the CEO of the American Wind Energy Association at the time, and we joined forces and went on several speaking tours together promoting wind, natural gas and an all-of-the-above strategy on energy. He even announced he wanted to build the world’s largest wind farm across the Oklahoma and Texas Panhandle. But that honor is likely to go to another independent oil man, Phil Anschutz, who is building one of the largest wind farms in Wyoming, with transmission to the west coast.

Boone’s home state will remember him well. He became a philanthropist later in life, with Oklahoma at its center, giving $1 billion to charity with half of it to his alma mater, Oklahoma State University.

Boone changed his focus and image many times in his career, saying “predictability can lead to failure. I have always believed that it’s important to show a new look periodically,” he said to Forbes in 1994. No wonder he thought it was so funny that the new female President of IPAA said “I shot JR Ewing.” Maybe Boone did too. 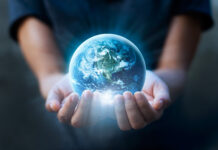 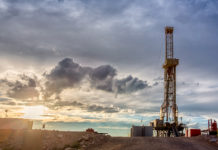 Earth Day and the Oil and Gas Industry 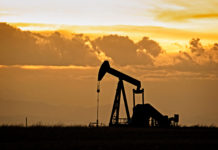