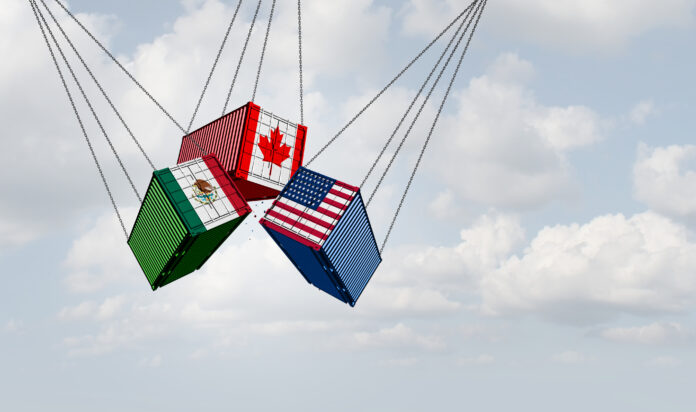 House Democrats agreed to support the new U.S. trade deal with Mexico and Canada, marking a victory for President Trump who ran for office in 2016 on a pledge to remake or blow up the North American Free Trade Agreement.

The pact will replace NAFTA when ratified and contains provisions aimed at creating more manufacturing jobs, for example, by increasing the proportion of vehicles that must originate in North America for the cars and trucks to receive duty-free treatment.

The new version of USMCA will eliminate rules designed to protect biologic drugs from generic imitators for a minimum of 10 years, Democrats said.

The final deal will also include liability protections for online content, language backed by technology firms that Mrs. Pelosi sought to strip out of the bill.

Additionally, the new version of the pact will include “facility-based enforcement of labor obligations,” House Democrats said in a release. The final text of the new USMCA wasn’t immediately available, but the release didn’t include a reference to “inspectors,” a sensitive issue for Mexico, which rejected efforts for Washington to inspect its facilities for potential labor violations.

A House vote to ratify the agreement is expected next week, with a Senate vote to follow later.

Senate Majority Leader Mitch McConnell told reporters the upper chamber will not take up the trade deal this month. He said consideration of USMCA will “happen in all likelihood right after” the impeachment trial.

Mexico ratified the original 2018 version of USMCA, but the changes worked out with Democrats on the trade agreement would need signing by and ratification in all three countries.

Mexico is expected to do so in the coming days given that its Senate leaders have already offered support for the revised pact.

A bill to pass USMCA is unlikely to be introduced in Canada’s Parliament until late January because its House of Commons will break for the holidays on Friday, according a Canadian government official. The body is scheduled to return on Jan. 27.