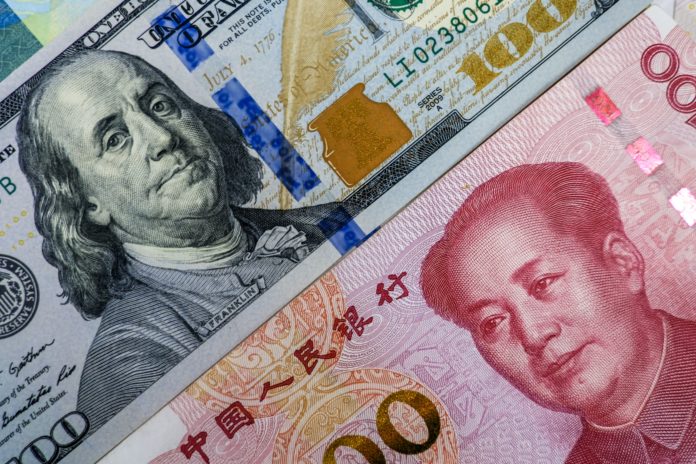 The United States and China announced today they have reached an agreement on the details of a Phase One trade deal. Text of the agreement has yet to be published but here’s where things stand:

President Trump addressed the Phase One trade deal with the following announcement via Twitter: 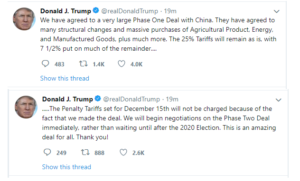 Additionally, USTR submitted the following press release regarding the agreement:

Washington, DC – The United States and China have reached an historic and enforceable agreement on a Phase One trade deal that requires structural reforms and other changes to China’s economic and trade regime in the areas of intellectual property, technology transfer, agriculture, financial services, and currency and foreign exchange. The Phase One agreement also includes a commitment by China that it will make substantial additional purchases of U.S. goods and services in the coming years. Importantly, the agreement establishes a strong dispute resolution system that ensures prompt and effective implementation and enforcement. The United States has agreed to modify its Section 301 tariff actions in a significant way.

“President Trump has focused on concluding a Phase One agreement that achieves meaningful, fully-enforceable structural changes and begins rebalancing the U.S.-China trade relationship. This unprecedented agreement accomplishes those very significant goals and would not have been possible without the President’s strong leadership,” said United States Trade Representative Robert Lighthizer.

“Today’s announcement of a Phase One agreement with China is another significant step forward in advancing President Trump’s economic agenda. Thanks to the President’s leadership, this landmark agreement marks critical progress toward a more balanced trade relationship and a more level playing field for American workers and companies,” said Secretary of the Treasury Steven Mnuchin.