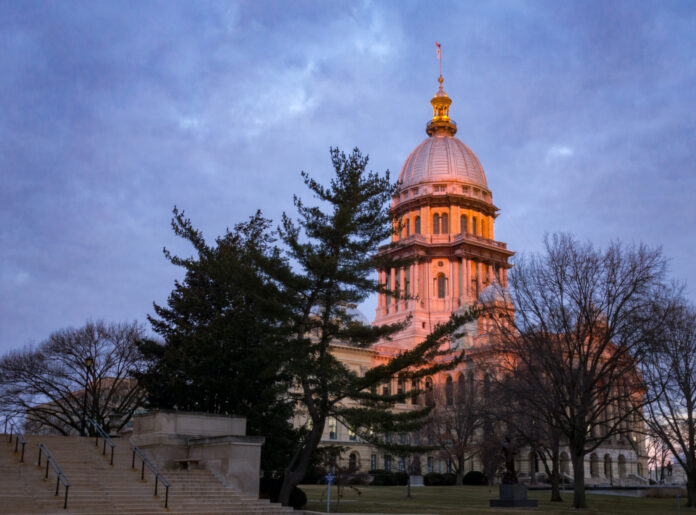 The Illinois Senate convened yesterday to select a new Senate President.  As you remember, former Senate President John Cullerton announced, to the shock of his entire caucus, his retirement on November 14, 2019.  His retirement setup a very close race between Senator Kimberly Lightford and Senator Don Harmon.  The Senate began the day in caucus where they first had to decide the rules for the vote before they could get to the business at hand.  In a show of caucus unity, the entire Senate Democratic Caucus headed to the floor for the official vote where they all voted for Senator Don Harmon.  Governor JB Pritzker presided over the session as he celebrated his birthday.

Senator Don Harmon is the 39th President of the Illinois Senate, and the first suburban Democrat to lead the chamber this century.  First elected in 2002, President Harmon served as the President Pro Tempore of the Senate from 2011-2019.  President Harmon was born and raised in Oak Park where he still resides today.  President Harmon has promoted a progressive agenda in Springfield, one based on his profound commitment to social justice and public service.

President Harmon has also promoted alternative energy sources, passing a plan that will direct the state to invest $30 million in solar energy and a plan that clears the way for $2.2 billion investment in wind energy.

President Harmon was the lead sponsor of the Fair Tax constitutional amendment to allow Illinois to replace the current flat income tax with a fairer, more equitable approach to lower tax rates for lower income levels and higher rates for higher income levels. The fair tax will cut taxes for the vast majority of Illinois families, while still providing for critical services, such as education, health care and programs for senior citizens and people with disabilities.

In the most recent legislative session, President Harmon supported historic school funding reform that overhauled Illinois’ worst-in-the-nation school funding formula, replacing it with one of the most progressive systems in the country. He also worked tirelessly to bring an end to the state’s two-year budget standoff, finally bringing relief in the form of a responsible, balanced budget. After working for 15 years on the issue, President Harmon also advanced a landmark measure allowing Illinois to license gun dealers.