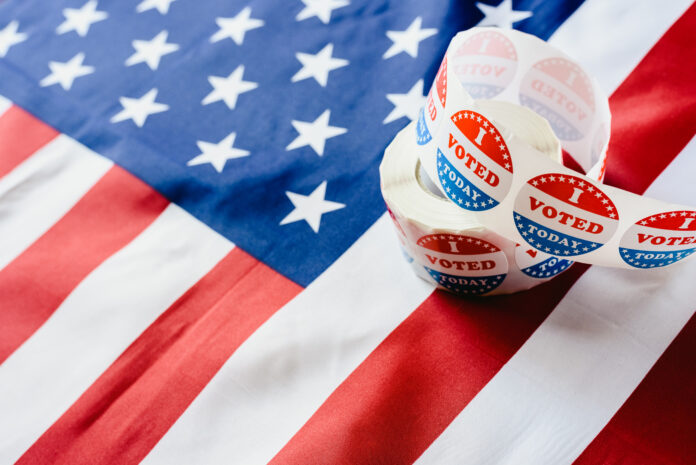 On Wednesday, August 12, presumptive Democratic nominee Joe Biden announced that he had chosen California Senator Kamala Harris to be his running mate and join him on the Democratic ticket. The former prosecutor and onetime 2020 primary rival who has built a reputation as an advocate of social justice, will be the first woman, the first Asian American and the first Black vice president if elected.

While the views of a vice-presidential nominee are likely not to indicate the way a new President Biden administration would govern in these areas it is useful to understand what areas she is likely to focus on in the campaign in her appearances. She has been particularly focused on environmental justice in the sense that infrastructure, especially energy infrastructure should not impair the rights and health of minority communities. So, look for her to highlight those topics as she travels the country during the campaign.

Here is how she stands on key issues:

During Kamala Harris’s career she has been moderate in her views of climate change. Her record demonstrates that she is motivated more by climate justice than climate change. While Attorney General for California, Harris secured multiple multimillion-dollar settlements with fuel service companies to resolve allegations they failed to properly monitor the hazardous materials in its underground storage tanks used to store gasoline for retail sale at hundreds of California gas stations. She also went after several oil companies over environmental violations. But going after corporate polluters, is a relative no brainer for an attorney general in a reliably blue state.

Although Harris’s office reportedly investigated Exxon Mobil Corp. on climate accusations, there was no lawsuit filed against the oil giant. In fact, Harris got in trouble for claiming in a debate that she had pursued a case. Meanwhile, attorneys general in Massachusetts and New York both did bring action against Exxon. It was only last year that Harris joined other U.S. senators in an amicus brief supporting a climate lawsuit against oil companies by San Francisco and Oakland.

Harris also has a history of tangling with oil refiners that have operations in California, such as Chevron Corp.’s planned expansion of a refinery in Richmond on grounds it risked accidents and would exacerbate climate change. And Harris criticized a bid by Valero Energy Corp. to receive rail shipments of crude at its Benecia refinery, emphasizing the risk for spills and explosions along an expected Northern California route.

And on fracking, Harris laid low until late in her term, when she went after fracking in federal waters near Santa Barbara. Now she has promised to cut oil and gas development on federal lands and waters. It’s worth noting that the Obama administration, in which Biden served as vice president, presided over the U.S. shale boom driven by fracking. Early in Harris’s campaign for president, Harris signed the fossil fuel pledge to decline money from oil and gas companies and called for a ban on ban on hydraulic fracturing, which puts her to the left of Biden, who has made clear he would not seek an outright ban on fracking, which could only be imposed through congressional action.  Harris supports an end to fossil fuel subsidies.

In the Senate, she was a co-sponsor of Ocasio-Cortez’s Green New Deal, a call to rapidly reduce greenhouse gas emissions over the next decade that sparked a rancorous political debate in Washington. Her own $10 trillion plan for a clean energy transition sought to eliminate carbon pollution from power plants by 2030.

Harris was one of three dozen Democratic lawmakers who in May backed an effort by the Standing Rock Sioux Tribe to shut down the Dakota Access crude oil pipeline, which was greenlighted by Trump in his first few days in office but has since had a major permit vacated by a federal court.

Harris is not known for her trade policy views, but over the course of the Democratic primary campaign and her career in the Senate she has weighed in a number of times on trade issues. Harris opposed both the U.S.-Mexico-Canada Agreement (USMCA) and the Trans-Pacific Partnership (TPP), both of which Biden supported. Harris was one of the 10 senators that voted against the USMCA, because the pact did not do enough to protect American jobs or address environmental issues. Harris voted against the TPP for the same reasons. Harris stated that she will oppose any trade deal that doesn’t look out for the best interests of American workers and raise environmental standards, and unfortunately the TPP didn’t pass either test. I also raised concerns at the time about the lack of transparency in the process.

Harris has raised concerns about Trump’s use of tariffs on other countries, especially on China. In August, Harris and fellow California Sen. Dianne Feinstein urged U.S. Trade Representative Robert Lighthizer to rethink raising tariffs on consumer electronics and electronic components imported from China, warning that American businesses and workers would suffer. “These tariffs would be particularly harmful for California, which has the country’s largest consumer electronics sector,” the two senators wrote in a letter. “The industry contributes $438 billion each year to California’s economy and directly employs over 900,000 workers in the state. Over 80,000 of these jobs are supported by exports.”

Harris in the past has though called for increasing pressure on China for human rights violations against Uyghur Muslims of Xinjiang and the crackdown against the pro-democracy movement in Hong Kong.

Ms. Harris differed from her Democratic primary rivals by proposing full repeal of the 2017 tax cuts, which she had voted against.

In the Senate, Harris is the lead author of a bill to create a tax credit for renters. Her plan would provide money to low-income and middle-income households that spend more than 30% of their income on rent. Mr. Biden is campaigning on a similar idea.

Harris has also called for multiple changes to the tax code, including:

Harris has been vocal that Americans need more help during this pandemic. Harris, along with Sen. Bernie Sanders (I-VT) and Sen. Ed Markey (D-MA) introduced the Monthly Economic Crisis Support Act, which would:

Harris has been adamant about the racial disparity as it pertains to COVID relief. Earlier this year, Harris introduced legislation that would create a task force to address racial disparities related to the coronavirus pandemic. “Any crisis hits those who were in crisis before the hardest,” she told The Washington Post in an interview published in April. “And the reality is that this public health crisis has shone a microscope on the gross disparities that existed based on race, based on income, long before we ever heard the word ‘coronavirus.’” Harris unveiled legislation last month that would ban evictions and foreclosures for a year and provide 18 months to make up missed rent payments. The Rent Emergencies Leave Impacts on Evicted Families Act would also ban rent increases, eliminate penalties and late fees and prevent landlords from reporting unpaid rent to credit reporting agencies.