One of the defining actions of the Trump Presidency was declaring a trade war with China.  The means for this trade action, was through a Section 301 investigation of Chinese treatment of American intellectual property, among other findings, resulting in tariffs.  Before the first set of tariffs were imposed,  United States Trade Representative, Ambassador Robert Lighthizer had his team actually measure the damage to the U.S. and used that number as the basis for in his recommendation to the President for tariffs on China.  The President reacted to his recommendation, by stating that it wasn’t enough and increased the amount, exceeding his tit for tat assessment of damage.  The Chinese responded with retaliatory tariffs that matched the U.S. And we were off to the races. But,that first Presidential order set the precedent for how the trade war escalated, now with 5 separate lists of tariffs proffered by the U.S. on Chinese imports, with only the last of those lists, 4B, held in abeyance, to see if the phase one trade agreement with China would be fulfilled.  That assessment is scheduled after the election.  And while each set of Section 301 tariffs had a process for granting a year’s exclusion and extension based on hardship to impacted American companies, as that year expired, requests for extensions have become increasingly scarce, and in any case, won’t extend past the end of the year.

For companies doing business with supply chains in China, a big inflection point is fast approaching. And it is clear, regardless of the outcome of the U.S. election for President, companies with supply chains there will not see an end to the uncertainty and economic impact of a trade war between the U.S. and China.

This week, President Trump pledged to break the cord with China if he is reelected to a second term.  His plan is to award tax credits to companies that manufacture goods in the U.S. while tariff those that have Chinese supply chains.  Here are just a few excerpt from the speech; “I’m going to end our reliance on China because we can’t rely on China. I don’t want them building a military like they’re building right now. They’re using our money to build it.“  He went on to say, “We’ll manufacture our critical medical supplies in the United States. We’ll create made in America tax credits and bring our jobs back from China to the United States and we’ll impose tariffs on companies that desert America to create jobs in China and other countries. If they can’t do it here, then let them pay a big tax to build it someplace else and send it into our country.”

And although the President sought to distinguish his China trade war from what his Democratic opponent would wage, in reality they don’t appear much different. Democratic nominee, Joe Biden’s campaign also announced this week, a plan to give companies that create jobs in the U.S. a 10% tax credit, while imposing a 10% penalty for producing goods overseas for sale in America.

For companies thinking they are going to get a better deal, think again.

This continuing decoupling effort through tariffs from China was one of the top issue for C-suites, with a U.S. Chamber study analyzing earnings calls of 400 Fortune 500 company executives, finding manufacturing and industrial firms mentioning tariffs most frequently, with 64% of calls mentioning tariffs, followed by retailers (58%) and technology firms (43%).  The calls focused on how to mitigate the harm to their company.   The problem is there is no end to these global trade wars in sight, so companies doing business need to consider such disruption as the new norm in global trade.

Companies dependent on Chinese supply chains will now need to seriously consider an alternative customs strategy to the USTR exclusion and extension process which has been paused until the end of the year.

The obvious solution is to do what the Administration has been demanding, which is to move their supply chain to some other more favored country or back to the United States.

Country of Origin.  If you cannot modify the tariff provision for the imported product, consider changing its country of origin. For instance, CBP has found that the assembly of numerous parts to create various modules, and the assembly of these modules to produce aircraft engines, result in a substantial transformation of the parts so that their country of origin would be the country where the engine was produced. So, in the case of the China tariffs, and in some cases the aluminum and steel tariffs, shifting operations away from one country to another may enable your company to escape the duty increase. These concepts are particularly useful for certain U.S. or other products that fall within the special HTSUS Chapter 98 provisions, many of which are wholly or partially exempt from the additional tariffs. But moving your company of origin is a clear cut solution.

But with the COVID-19 epidemic, it still is very difficult to move supply chains. But remember if a company is in the import/export business there are other strategies that should be considered.

Duty Drawback. Drawback, which provides for the refund of 99 percent of duties and fees paid on goods imported into the U.S. that are subsequently exported, is available for section 301 duties. Although CBP is not paying drawback for section 232 duties, it is unclear that the president had the authority to eliminate drawback under his import authority. Under the Trade Facilitation and Trade Enforcement Act which has now become effective, this is even more important as it provides broader coverage for such refunds.

Use of Foreign Trade Zones and Bonded Facilities. For those companies involved in manufacturing as well as import for export trade, bonded facilities can provide a safe haven from the additional tariffs. Goods admitted to a foreign-trade zone in privileged foreign status will retain their character and tariff classification as admitted even if they are manufactured into a product affected by the additional tariffs that may be withdrawn from the zone and entered for U.S. consumption. In addition, goods otherwise subject to the additional tariffs could be entered and stored in a bonded warehouse for up to five years to avoid those duties if they are (a) exported directly from the warehouse or (b) entered for U.S. consumption once the additional tariffs have lapsed or a product-specific exclusion has been granted. The one thing that seems certain, if companies don’t take action with their Chinese supply chain it appears, that both Presidential candidates will continue to punish them. Our trade team at Michael Best is prepared to help you solve these critical problems. 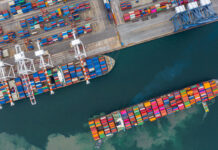