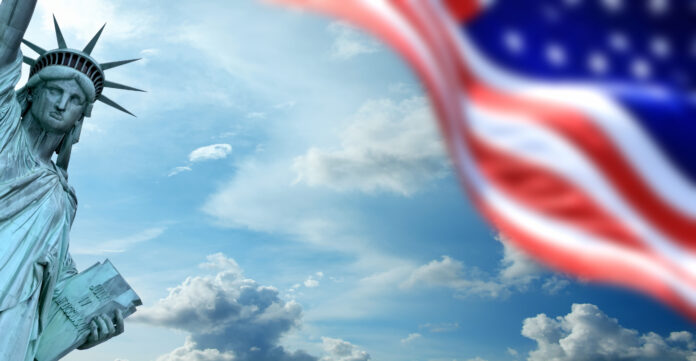 When Congress wraps its latest COVID relief bill later this month, the Beltway’s attention will soon shift to immigration reform. Yesterday, Congresswoman Linda T. Sánchez (D-CA-38) and U.S. Senator Bob Menendez (D-NJ) introduced the bicameral U.S. Citizenship Act of 2021, describing the bill as a “bold, inclusive, and humane framework for the future of the United States immigration system.” Congress has not attempted comprehensive immigration reform since a failed 2013 attempt, and a comprehensive immigration overhaul hasn’t passed into law in more than 30 years.

The U.S. Citizenship Act of 2021 is based on an ambitious framework President Biden sent to Congress on Inauguration Day and touches on reform advocates’ top concerns: a path to citizenship for undocumented immigrants, reforming visa systems to clear decades-long backlogs, and reopening the U.S. to asylees and refugees.

However, President Biden, some sponsors of this bill, and even immigration reform groups acknowledge that the U.S. Citizenship Act will not win enough Republican votes to pass into law. In the coming weeks, Democrats plan to introduce and hold votes on narrower, but more popular, proposals more likely to attract GOP support. To ensure quick action, most of these narrower bills will be reintroduced versions of bills from the 116th Congress, with votes set for as soon as early March. Below, the MBS team examines the new U.S. Citizenship Act, and which parts of this comprehensive bill may break away into standalone efforts.

Highlights of the U.S. Citizenship Act, from the bill’s sponsors:

Congressional Republicans are most likely to reject the U.S. Citizenship Act’s “path to citizenship” for all undocumented immigrants, a concept which conservatives have long derided as “amnesty” for breaking the law. Democrats hope to break that logjam by highlighting the plight of “Dreamers,” now-adult undocumented immigrants brought to the U.S. as young children. Relief for Dreamers is not only popular with the public, but also large business groups. Since 2014, many of these Dreamers have secured deportation deferrals but lived in legal limbo under the Deferred Action for Childhood Arrivals (DACA) program.  Rep. Lucille Roybal Allard (D-CA) along with fellow Latina members of the House plan to reintroduce the American Dream and Promise Act (Dream Act) next week. The Dream and Promise Act would create a pathway to citizenship for DACA recipients. Sen. Dick Durbin (D-IL), another longtime advocate for Dreamers, has already reintroduced his own Dream Act bill to his chamber. Democrats are also considering establishing a pathway to citizenship through the budget reconciliation process, a very risky maneuver that could allow Democrats to circumvent Republican support but would torch any hope for further bipartisan cooperation on other immigration priorities.

Democrats are also hoping to win some GOP support with business-friendly employment visa reforms, such as reforms to agricultural and high-tech visas. For example, Rep. Zoe Lofgren (D-CA-19) could soon reintroduce the bipartisan Farm Workforce Modernization Act that passed the House in 2019. The Farm Workforce Modernization Act would create a pathway to legalization for agricultural or farmworkers, as well as update the visa program for agriculture workers, known as the H-2A visa.

A final barrier to immigration reform: Republicans, especially those most closely aligned with former President Trump, will demand more action on southern border security. Democratic leaders have tried to pre-empt those concerns in the U.S. Citizenship Act with technological and infrastructure investments along the border, in contrast to President Trump’s signature “border wall,” but it’s unclear if those investments will satisfy Congress’ immigration hawks.