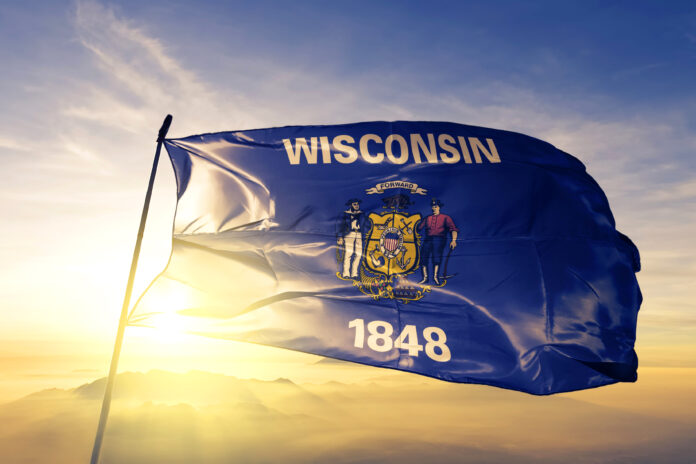 By John Zordani and Spencer Johnson

Lawmakers in the 2021-23 legislative session will have to address numerous challenges in the coming months. In interviews with The Wheeler Report, leaders from both parties outlined their goals and concerns for the coming months.

A significant obstacle to overcome is partisanship. While Republicans in the Legislature failed to secure a veto-proof supermajority in the 2020 elections, they still maintain significant majorities in both houses. With Tony Evers (D) in the Governor’s office, this leaves Wisconsin in a state of divided, and potentially volatile, government. Assembly Democratic Leader Gordon Hintz (D-Oshkosh) expressed concerns that divided government would make any budget discussions contentious. He called the State Senate “the biggest wild card” in terms of the ability to compromise with Gov. Evers and even their counterparts in the Assembly. However, he also said that the session was a “chance to hit restart.” Senate Minority Leader Janet Bewley (D-Mason) was less optimistic, fearing that her Republican colleagues will be unwilling to compromise.

On the other side of the aisle, Senate Majority Leader Devin LeMahieu (R-Oostburg) stated his intention to prioritize the will of the Republican caucus over his own legislative priorities. He said he disagreed with Gov. Evers on budget matters; claiming that Gov. Evers wants to simultaneously increase taxes and spending, whereas LeMahieu wants to maintain a balanced budget while “holding the line on taxes.”

Partisan tensions were evident in discussions over COVID-19 relief. Gov. Evers asked Republicans in the Legislature to vote on a list of initiatives in mid-December. However, the list included extending immediate eligibility for unemployment benefits, which Republicans reject entirely. Sen. LeMahieu and Speaker of the Assembly Robin Vos (R-Rochester) claimed that the package amounted to Gov. Evers walking away from negotiations. Speaker Vos has also sparred with Gov. Evers over a backlog in unemployment claims since the beginning of the pandemic.

One area for bipartisan cooperation may come from legislation concerning pharmacy benefit managers (PBMs). Both Democrats and Republicans had been working on regulations in early 2020, but the pandemic interrupted further discussions. While Rep. Hintz said that he had not been involved with similar legislation in the current session, he would like to see a bill passed. Sen. LeMahieu expressed similar sentiment, saying a compromise bill could be passed early in the session.

Broadband accessibility could be another area for cooperation, although leaders have identified different solutions. Rep. Hintz blamed gaps in coverage on current policy, claiming that the state government has overly relied on incentives. He proposed allowing communities to go outside their levy limits. Sen. LeMahieu also acknowledged the lack of accessibility to broadband throughout the state, but instead floated the possibility of investigating how the Public Service Commission (PSC) awards grants for broadband funding. In his State of the State Address on January 12th, Gov. Evers said he wanted to spend an additional $200 million to expand broadband access, which would supplement the $54 million included in the 2019-2021 budget.

Leaders differed on their strategies for K-12 education. Sen. LeMahieu made clear his desire for students to return to in-person instruction, citing concerns from constituents. He proposed providing parents with open enrollment opportunities and school choice options to allow their children to attend schools with in-person instruction. Rep. Hintz said he was concerned with how the pandemic has impacted schools but disagreed with efforts to expand school choice or similar alternatives.

On the topic of higher education, Rep. Hintz worried that funding for the University of Wisconsin System has become overly dependent on tuition, leading to lower revenue when enrollment declines. He called for the UW System to be granted more autonomy over their financial decisions. Sen. LeMahieu said that declining enrollment may warrant a re-examination of state funding, as an increased reliance on virtual learning could mean a reduced need for funding for university buildings and facilities.

One of the most controversial issues the Legislature will face is redistricting. The last redistricting process was executed under unified government in 2011, in which Wisconsin Republicans implemented electoral maps that many Democrats believed to be gerrymandered. Under divided government, however, the process will certainly look different. Rep. Hintz predicted that Republicans in the Legislature will submit and pass their own maps, which would then be vetoed by Gov. Evers. He was particularly concerned with the timeline for redistricting, arguing that litigation could result in long debates in the court system. Sen. LeMahieu said that he hoped to receive census data from the federal government by March or April so that the process could be completed by July 1st.

In his State of the State Address, Gov. Evers called for more transparency in the redistricting process by requiring public meetings, banning the destruction of related records, and requiring the Legislature to pass maps drawn by the nonpartisan redistricting commission that he formed in 2020. Gov. Evers attempted to pass such a measure in his 2019-21 budget proposal, although it will be unlikely to pass through the Republican-controlled Legislature.