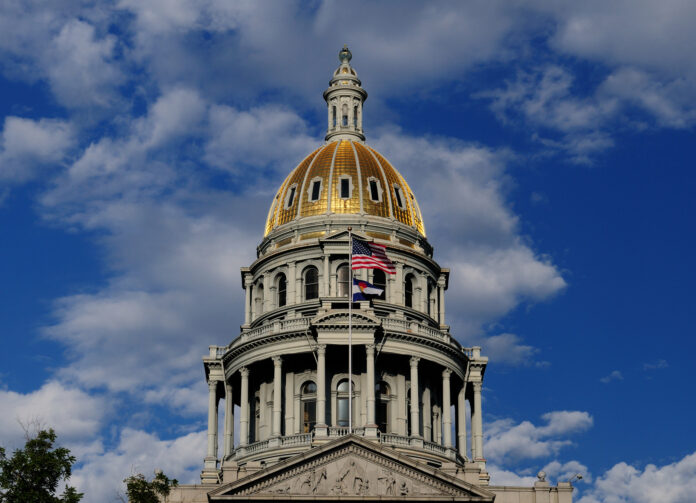 The 2021 state legislative session in Colorado continues to see COVID impacts on many fronts. In late November and early December, the Governor called a special 3-day legislative session to address a series of 10 limited COVID relief bills. In the second week of January, the legislature convened for another 3-day session to adopt seven time-sensitive bills and then adjourned until mid-February to allow additional time for legislator and key staff vaccinations as well as a hopeful slow to public virus transmission. Many adjustments have been made in building protocols, including mask mandates for the public, symptom screening, routine testing of key personnel, social distancing in the chambers and committee rooms, and more. There is a significant partisan divide on receptiveness to the new protocols, which extends from basic operational questions like mask wearing and testing among legislators to views on the state’s economic response and the Governor’s continued use of emergency powers. These philosophical divides will likely continue to overlay the demeanor and politics of the coming session.

Colorado has a Democrat-controlled Senate and House, including a near supermajority of Democrats in the House. The Governor’s office and all Cabinet positions (including electeds) are also currently Democrat-controlled. The 2020 election year brought fewer changes than have been typical in past years, and solidified Colorado’s position as a blue state at least for the present term. Fifteen new legislators were inaugurated into the state House (of 65 total). Only three brand new legislators (plus three crossovers from the House) were inaugurated this session in the Senate (of 35 total). Colorado usually totals about 1/3 of the legislative body as newly elected. The newly added legislators bring significant added diversity to the body.

Colorado’s legislature is constitutionally limited to a 120 consecutive day legislative session each year. Last year, a state Supreme Court ruling allowed recess during the COVID state of emergency to temporarily pause the clock on this 120-day limit. There continue to be some questions as to whether this session’s presumed pause is permissible, especially given that during the January and February recess some committee work has continued – notably accountability hearings (known as SMART Act hearings) for regulatory agencies and budget committee hearings. When the body reconvenes on February 16, the expectation is to see an accelerated introduction of bills with hundreds of bills dropping in the first week. Many bills that were not competed last legislative session will be revisited, given limitations of bills in the truncated 2020 session to only topics that were essentially COVID related. In addition to COVID recovery, key focuses for this session are expected to include healthcare affordability and access, behavioral health supports, housing supports, climate change and renewable energy reforms, wildfire mitigation, veterans supports, criminal justice reform, measures to improve equity, and inclusion, tax relief, and funding for transportation and education. The federal and state redistricting process is another factor that may have intersections with the 2021 legislative session, through Colorado’s process is structured to be largely independent of the legislative body – falling to an independent commission and the courts.

There is much speculation about whether the Colorado state legislature will use the full 120 allotted days, which would extend the current legislative session through mid-June (whereas they usually adjourn in early May). Current buzz is that the Senate aims to adjourn early, closer to the usual session end date, where the House may want to use more of the extended time available. Per the state constitution, the 120-day limit and a deadline of June 30 for adoption the state’s next fiscal year budget are the major operational constraints. It promises to be an interesting and, in many ways, ongoing unprecedented session ahead.