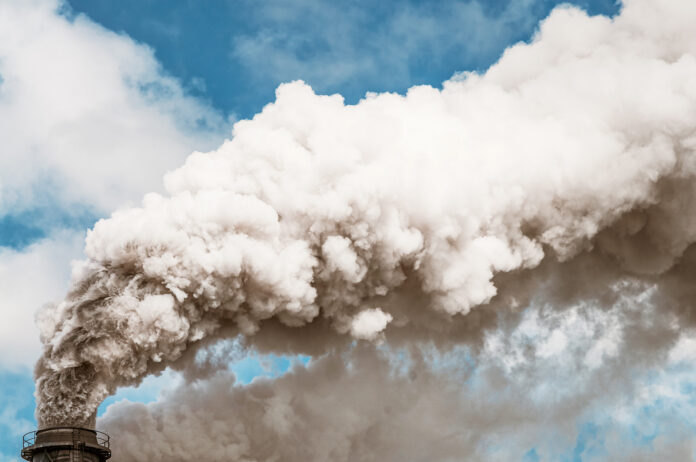 This week the American Petroleum Institute board endorsed a tax or other price on carbon dioxide emissions. This endorsement is a bold move by the oil and gas industry’s largest lobby to head off a range of new regulatory efforts that the Biden Administration is now considering. But support for the carbon prices hinges on it being applied economy-wide, replacing existing regulation on carbon.

The API Carbon Plan blueprint they have provided includes a combination of policies, innovation efforts, industry initiatives as well as new recommendations on government regulation as well as pricing carbon that could be utilized.

These policies cover the gambit:

When you talk about carbon pricing, there tend to be two forms of carbon tax: those that tax the quantity of emissions produced, and those that tax goods and services that are greenhouse gas-intensive, like gasoline. Carbon taxation is one of two main policy strategies for pricing carbon. The other is called emissions trading schemes (ETS), also known as ‘cap and trade’. Oftentimes there is confusion around these terms, and it’s common to find ETS referred to as a carbon tax.

While the idea of putting a price on carbon has long enjoyed support from economists because it would ensure the costs of climate change are embedded in the price of carbon-intensive products, such as gasoline, utility bills from fossil generation and products like cement and steel, where the rubber meets the road on its passage are some sticky questions that policymakers have to answer. It is the wrong answers that have doomed previous efforts at carbon pricing.

Because this tax can be imposed anywhere along the energy supply chain, where it is levied really matters. Moving the tax collection point from the refinery, well head, utility to the consumer has killed recent attempts to impose carbon taxes both at the state and federal level. Another consideration is at what price will the tax be set, and will there be an increase in that rate over time? An increasing price can signal urgency and encourage those being taxed to make more aggressive changes to reduce emissions. It is also important to note thatlower-income households tend to spend a larger share of their income on energy, meaning a carbon tax that increases energy costs would disproportionately affect the poor.

There are several recent approaches that have been discussed on pricing carbon on an economy-wide scenarios. One that is likely similar to what API may be looking at, the Baker-Schultz plan, and another bipartisan one backed by the Citizens Climate Lobby.

Both identified additional big questions In addition to what is listed above, that impact acceptance; where should the money go, how much regulatory rollback is acceptable and should fossil industry producers and users be protected:

Baker-Shultz proposal: Although its plan has not been formally introduced yet, the framework laid out by the Climate Leadership Council, a coalition of industry and environmental groups that support the Baker-Shultz proposal, would start a carbon tax at about $40 per ton, escalating by 2 to 5 percent annually, and reaching as high as $65 per ton by 2030. In fact, Secretary of Treasury Yellen is said to support this pricing scenario. This is more likely what API is talking about.

Energy Innovation and Carbon Dividend Act: This bipartisan measure sponsored by Rep. Ted Deutch (D-Fla.) and Rep. Francis Rooney (R-Fla.) would levy a carbon tax beginning at $15 per ton, escalating by $10 annually, and reaching $115 a ton by 2030. That averages out to a 24 percent annual increase—higher than any other recent climate proposal.

Placing a price on carbon is not an American idea either. Forty-six countries have some form of national carbon pricing plan, according to the World Bank. These initiatives cover nearly 20% of global greenhouse gas emissions.

California and ten states in the NorthEast are part of the Regional Greenhouse Gas Initiative all price carbon as emission trading schemes.

What is likely to really happen here? History may inform us. The United States made its last, best attempt to pass a comprehensive climate plan 12 years ago. The bill, known in Congress as the Waxman-Markey Act, was big, splashy, and controversial. It included a nationwide cap on carbon dioxide emissions, restrictions on coal plants, and $190 billion in clean energy spending. For some Americans, it was sure to lead to higher fuel prices and lost jobs. For others, it looked like the last chance to avoid increasingly dangerous levels of global warming.

Waxman-Markey is now seen as an important lesson in the problems with giant, well-publicized climate legislation. The bill died, only narrowly passing in the House and never reaching a Senate vote. And it was the start in a long string of failures to curb carbon pollution across the country: President Barack Obama’s follow-up, the Clean Power Plan, got caught up in up in the courts and was never implemented. Statewide proposals for prices on CO2 in Washington and Oregon were shot down by those worried about rising energy costs.

It appears that the Biden Administration may have learned a lesson from these past failures. This time lawmakers are not planning any big comprehensive nationwide carbon tax, or a giant, economy-transforming Green New Deal. Instead, they are planning a package to revamp the country’s infrastructure. They don’t need a bill to do everything at once. Instead, cutting emissions will be done in small bites, tucked into bigger Congressional bills or into departmental spending. And frankly, this is the way Congress works best, incrementally. The Breakthrough Institute recently released a report on the idea. In practical terms, that means giving tax credits to developers of wind and solar energy, installing EV chargers across the country, and investing in research to capture carbon and store it underground. The oil industry’s leadership may be smart in providing such a diverse list of policies suggested to reduce our carbon footprint. The Biden approach also may allow some of the Ideas in the API broader plan to also be included as tradeoffs in this package.