Tweet
Share
Dear Clients & Friends-
We are pleased to share the March 4th edition of Capitol Insights by Michael Best Strategies, where we go over all things government and politics in Wisconsin.
In this update:
Also, make sure to read this week’s Marquette University Law School Poll and Wisconsin Supreme Court news alerts!

Former Wisconsin Supreme Court Justice Michael Gableman released his investigative report into the 2020 election in Wisconsin on Tuesday, calling for the decertification of the 2020 presidential election and numerous other policy changes.
In the report, which was presented to the Assembly Committee on Campaigns and Elections, Gableman argues that Wisconsin election law does not explicitly prohibit the decertification of presidential electors, claiming that “the Wisconsin Legislature could lawfully take steps to decertify electors in any Presidential election, for example in light of violations of state election law that did or likely could have affected the outcome of the election.”
Gableman suggests that the Legislature would need to pass a resolution in both houses to decertify the election, in addition to invoking and exercising “its plenary power to designate the state of electors it thought best accorded with the outcome of the election.” He notes, however, that this would not remove President Joe Biden from office on its own.
Claims that the Legislature can decertify the presidential election have been rejected by legal scholars. Two memos sent to Speaker Vos in November 2020 determined that while the Legislature can determine how presidential electors are selected, it cannot affect the electors after the election has already occurred.
Gableman argued that the election was conducted unlawfully in several manners. He claimed that private election grants to five Wisconsin cities from the The Center for Tech and Civic Life — funded by Mark Zuckerberg — amounted to “election bribery” because it helped facilitate Democratic turnout. He also called for the Wisconsin Election Commission (WEC) to be dissolved in light of its decision in March 2020 to prohibit special voting deputies from entering nursing homes and qualified care facilities due to COVID-19 concerns.
Despite the report’s release, Gableman suggested that the investigation would continue, saying that he was in talks with Assembly Speaker Robin Vos (R-Rochester) to do so. The probe was authorized by Vos last year. In a statement, Vos thanked Gableman and his team “for their tireless efforts in finding the truth.”
Majority Leader Jim Steineke (R-Kaukauna) rejected Gableman’s decertification argument, however. In a Twitter thread, he wrote that “I can guarantee that I will not be part of any effort, and will do everything possible to stop any effort, to put politicians in charge of deciding who wins and loses elections.”
Gov. Tony Evers condemned the investigation, calling it a “colossal waste of taxpayer dollars.” He defended the administration of the election by WEC officials, clerks, and other public servants, saying that “Wisconsin held a free, fair, and secure election in November 2020.”
Democratic members of the Assembly Committee on Campaigns and Elections also rejected the investigation’s findings, calling Gableman’s assertions that the Legislature could decertify the presidential election “a direct attack on our democracy.” They argued that Gableman’s investigation should be terminated, as he lacked “a written contract extension since 2021 to authorize his activity moving forward.”

Hintz will not seek re-election to Assembly

State Rep. Gordon Hintz (D-Oshkosh) announced on Thursday that he will not be seeking re-election to represent the 54th State Assembly District. 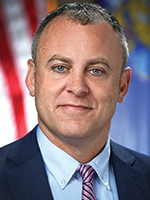 Hintz has served in the Assembly since 2006. He served as Minority Leader from October 2017 until January of this year, when he stepped down and was succeeded by Rep. Greta Neubauer
(D-Racine). He also served on the Joint Finance Committee during the 2015-16 and 2017-18 legislative sessions.
“It has been a great honor to represent the people of Oshkosh in the Wisconsin State Assembly the past 15 years. As someone born and raised in Oshkosh, a product of Oshkosh public schools, who shared his parents’ interest in public service, the job has been a thrilling and incredibly rewarding experience,” he said in his press release.
Hintz is the twelfth member of the Assembly to announce that they will either retire or seek another public office.

Alex Lasry, the Senior Vice President of the Milwaukee Bucks, released a new polling memo from Normington Petts that shows growing momentum for his campaign in the Democratic primary for U.S. Senate.

Lasry’s support has grown from about 4% in August 2021 to 27% in February 2022, while Lt. Governor Mandela Barnes has seen his support decline from 43% to 35% during that same time period. Meanwhile, support for other candidates — including State Treasurer Sarah Godlewski and Outagamie County Executive Tom Nelson — reportedly did not exceed 7% per person.
The poll surveyed 600 likely Democratic primary voters in Wisconsin between February 23-27, with a sampling error of ± 4%. Respondents were reached on both landline and mobile phones.
Other key data points include:

Nate Gustafson, an Epic Analyst at NOVO Health Technology Group, announced his campaign in the Republican primary for the 19th State Senate District this week. Incumbent Sen. Roger Roth (R-Appleton) will not be seeking re-election as he pursues the Republican nomination for Lt. Governor.
“As a lifelong Fox Cities resident, I know the unparalleled work ethic of our communities and believe that the best way to encourage private sector growth is allowing businesses to operate without mandates and shutdowns. I understand that the way forward is through minimal government interference and allowing folks to control their own lives,” he said in a statement.
Gustafson is also the Vice President of Winnebago County for Freedom, an organization “that rallies the citizens of Winnebago County to be active in local politics and recruits candidates for local office.” He received his associate’s degree as an Information Systems Security Specialist from Fox Valley Technical College (FVTC).
While the primary is currently uncontested, that may change soon. State Reps. Rachel Cabral-Guevara (R-Appleton) and Dave Murphy (R-Greenville) have both suggested that they may run. Anthony Phillips, a former oncologist and hematologist is also considering a bid.
Mark Scheffler, a financial adviser in Appleton, filed in July to run for the seat as a Democrat.

David Karst, the current chairman of the Republican Party of Milwaukee County, announced his campaign for the 84th State Assembly District this week.
Incumbent Representative Mike Kuglitsch (R-New Berlin), the chair of the Assembly Committee on Energy and Utilities, announced last week that he would not be seeking re-election.
“I know I have what it takes to be a member of the State Assembly and represent our community well. Wisconsin is my home, and I am willing to fight for our people as well as uphold the conservative values we share,” Karst said in his announcement.
Karst cited election integrity, community safety, and tax reform as some of his core issues on his campaign website.

If you would like any additional information about the above topics, or if you would like to find time to discuss the above matter in more detail, please do not hesitate to contact your Michael Best Strategies contact. 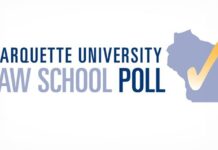