County and municipal elections were held throughout the state today. While these elections are formally nonpartisan, they offer valuable insights of popular sentiments, particularly within the context of the upcoming midterm and gubernatorial elections.

Below are the currently projected winners of today’s notable races:

Interim Milwaukee Mayor Cavalier Johnson will continue as mayor for another four years. With over 95% of precincts reporting, Johnson has captured 68% of the vote. Meanwhile, former alderman Bob Donovan has only captured 32% of the vote. We will update these results when they become official.
Johnson, a lifelong Milwaukee resident, is set to become Milwaukee’s first new mayor in 18 years. Johnson was appointed interim mayor of the city following former Mayor Tom Barrett’s appointment to an ambassadorship. He is Milwaukee’s first African American mayor, and at thirty-five years old, is not the city’s youngest mayor– but is the first “millennial” mayor. 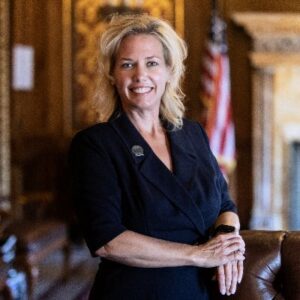 With 95% of precincts reporting, Samantha Kerkman holds a solid lead in the county executive race over opponent Rebecca Matoska-Mentink. State Representative Kerkman (R) is looking to be the winner at 56.31% to Matoska-Mentink’s 43.51%. We will update these results when they become official.
With Rep. Kerkman’s victory likely, she will step down from her role in the state legislature to resume her new post as county executive. This will add an additional open seat to the growing list of vacancies as we head into the November 2022 general election.

On today’s ballot, both Eau Claire & La Crosse County voters saw an advisory referendum question which asked if voters felt “… the State of Wisconsin [can] establish a right to clean water to protect human health, the environment, and the diverse cultural and natural heritage of Wisconsin?”

This is not a ballot initiative, but a way for voters to agree or disagree with a statement on their ballots. Approving the referendums will not make immediate change to state law, but elected officials can look at advisory referendums when making policy decisions.

The River Alliance of Wisconsin advocated for the advisory referendum, stating that “Voting YES to the question is a way for voters to show they care about protecting clean drinking water from threats like nitrate, lead, and PFAS contamination.” Both Eau Claire and La Crosse Counties have been identified as having contaminations of perfluoroalkyl and polyfluoroalkyl substances (PFAS), or otherwise known as the “forever chemical.”

With all precincts reporting, 79% of Eau Claire County voters checked “yes” on this referendum. Similarly, La Crosse County reported 86% of voters being in favor of the referendum. We will update these results as they become official.

Statewide, there were a total of 81 school-related referendums on the ballot today, 31 of which would issue $1.1 billion in debt if successful. The two biggest spending requests came from the West Allis-West Milwaukee School District and the Wausau School District.
The West Allis-West Milwaukee School District referendum, which totaled nearly $150 million, was rejected on 37% Yes-63% No.
That referendum question read:
The Wausau School District’s request for voters to approve a borrowing request of nearly $120 million appears to be headed for approval with 82% of precincts reporting, 56.85% voted Yes to 43.15% who voted No.
That referendum question read:
An in-depth update of various school board races & school referendums will be provided in Friday’s Capitol Insights. Subscribe here to ensure you are on the list.
Tweet
Share