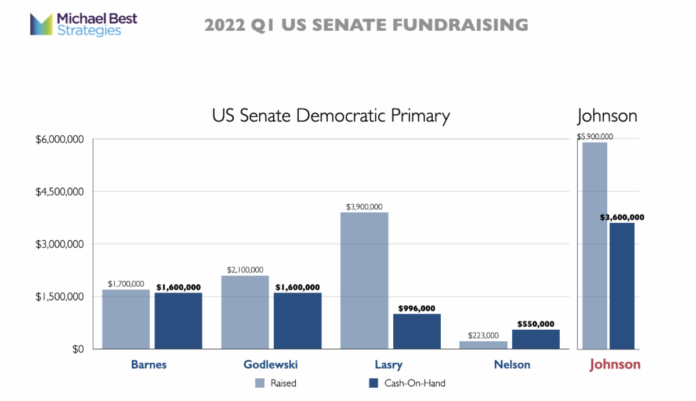 U.S. Senator Ron Johnson (R-WI) raised a total of $7.1 million in the first quarter of 2022, according to his report that was filed with the Federal Elections Commission (FEC). Johnson raised $5.9 million through his campaign account. The remaining $1.2 million was raised through Ron Johnson Victory, his joint fundraising operation. He spent more than $4.8 million through his personal campaign account and finished the quarter with $3.6 million in the bank.

Candidates in the Democratic primary include: