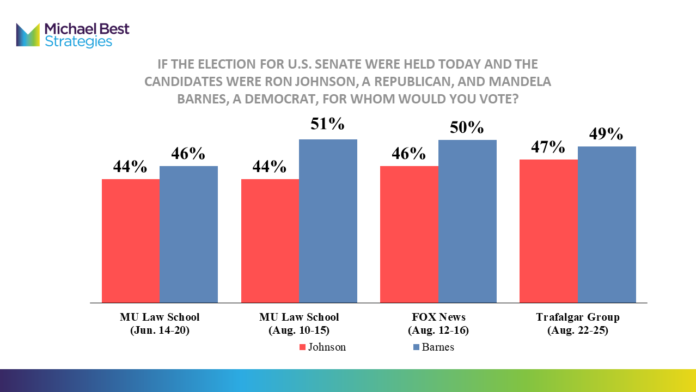 The poll was conducted August 22-25 and surveyed 1,091 likely voters. Trafalgar uses a mix of several methods to deliver its polling questionnaire including live callers, integrated voice response, text messages, emails, and two other digital methods it will not publicly disclose. FiveThirtyEight rates Trafalgar an A-minus pollster.

The poll from Trafalgar tracks with other recently released polls from MU Law and FOX News that have consistently shown Barnes maintaining a slight edge over Johnson.