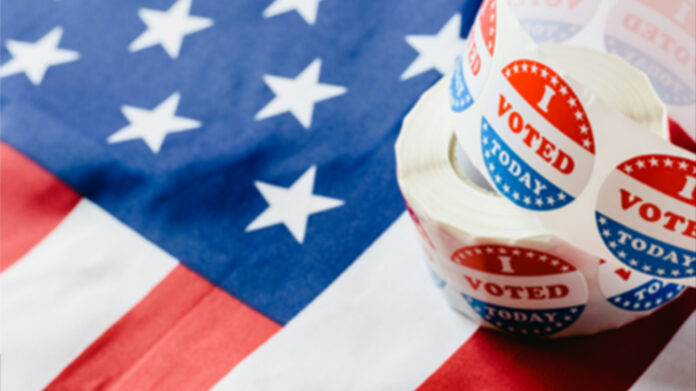 Below are the currently projected winners of the statewide races with 99% precincts reporting:

With 99% of precincts reporting, incumbent Governor Tony Evers won re-election over businessman and Republican challenger Tim Michels in the race for Wisconsin governor.

Tim Michels conceded early Wednesday morning, stating that “It wasn’t our night tonight and I thank everyone for all of your support… Unfortunately the math doesn’t add up. It was a very spirited effort.”

Early Wednesday morning Evers delivered an acceptance speech to a room of his supporters in Madison. In his victory speech Evers said that he was “jazzed as hell” by the outcome of the race, and noted that “As it turns out, boring wins.” Evers stated that his victory was a win for reproductive rights, public schools, clean energy, and investment in state infrastructure.

Overall, the 2022 gubernatorial race was quite different than Evers’ first election in 2018. Some key items of note:

With 99% of precincts reporting, Senator Ron Johnson has won re-election to the U.S. Senate for a third term, garnering 50.5% of the vote against Democratic challenger Lt. Governor Mandela Barnes.

Johnson released a written statement Wednesday morning declaring victory. “Truth has prevailed over lies and the politics of personal destruction. I want to thank my family and everyone who supported me and worked so hard to save this U.S. Senate seat. I will do everything I can to help make things better for Wisconsinites and to heal and unify our country,” he said.

Barnes conceded the race to Johnson Wednesday afternoon in Milwaukee’s Sherman Park neighborhood, where he delivered a speech to a group of his supporters. “Obviously this is not the speech that I wanted to give,” Barnes told the crowd, “but I still cannot thank you all enough for being there with me every step of the way. You showed the progress that we make when we build a coalition. When we reach across the aisle, when we reach across communities, think about the things that unite us rather than the things that divide us.”

With 99% of precincts reporting, incumbent Democratic Attorney General Josh Kaul has 50% of the vote and leads over GOP challenger and Fond du Lac County District Attorney Eric Toney. Kaul will be the re-elected Attorney General. We will continue to update these numbers, and look more closely at turnout and performances of the candidates, but to this point:

“Earlier tonight, I spoke with District Attorney Eric Toney, who offered his congratulations. I want to thank him for running a hard-fought race. I’m grateful that Wisconsinites have put their trust in me to serve as Attorney General for another four years, and I look forward to the work ahead of us as we continue to deliver results and work to build safer and stronger communities across the state.”

As current results stand, Republicans look likely to make one change to the composition of Wisconsin’s Congressional Delegation as a result of the 2022 election. It looks likely that Republicans will add an additional seat to hold a 6-2 majority on the House seats. The race of note is in the 3rd Congressional District.

Congressman Ron Kind D-La Crosse announced earlier this year that he would not be seeking re-election, leaving the 3rd Congressional District as an open seat. In 2020, Van Orden lost to Kind when he only captured 48.6% of the vote. Currently, Republican Derrick Van Orden will likely defeat state Senator Brad Pfaff to flip control of the seat to Republicans. With 75% of precincts reporting, Van Orden leads Pfaff 52% to 48%.

Wisconsin State Senate Election Results:
Note these results are not official and subject to final canvas and potential recounts. But as of 9:00 AM on November 9th;

Republicans entered election night with a 21 to 12 majority with 7 incumbents not seeking re-election:

Tonight, Republicans captured 1 previously Democratic-held seat by flipping the seat in the 25th Senate District and will now enter the 2023-2034 Legislative Session with a 22-to-11 majority.

Most of the political attention regarding State Senate races was focused on 4 seats. Republicans needed to pick up one additional seat to achieve a veto- proof majority.

The two seats that Republicans looked to protect are:

The two seats that Republicans looked to target are:

As of today, the results in these competitive Senate Districts as of 9 AM were as follows:

5 candidates were unopposed or only faced write-in candidates in the general election:

Note these results are not official and subject to final canvas and potential recounts. But as of 9:00 AM on November 9th:

Additionally, Republicans also needed to pick up 4 of the competitive Republican leaning seats which have historically been held by Democrats, these are:

As of today, the results in these competitive Assembly Districts as of 9 AM were as follows:

Lightly Competitive Assembly Races
In order to reach a veto-proof majority Republicans needed to pick up at least one of 6 Democratic-leaning or “lightly competitive” seat. These seats are:

Today, the results in these lightly competitive districts as of 9 AM were as follows:

In this election, 25 candidates were unopposed or only faced write-in candidates in the general election: