In case you missed it, statewide office and legislative elections were held on Tuesday, November 8th.

Below are the quick hits from the results of Tuesday’s elections: 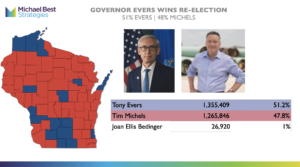 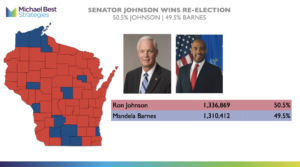 Since yesterday’s Election alert was released, Mandela Barnes gave a speech to his supporters in which he conceded to Ron Johnson.

During the speech at Milwaukee’s Sherman Park Barnes told the crowd, “Obviously this is not the speech I wanted to give, but I still cannot thank you all enough for being there with me every step of the way… You showed the progress that we make when we build a coalition. When we reach across the aisle, when we reach across communities, think about the things that unite us rather than the things that divide us. When we stand and we say that we deserve better and that together we’ll fight for it, it’ll get better.” 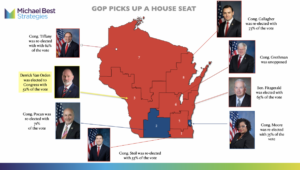 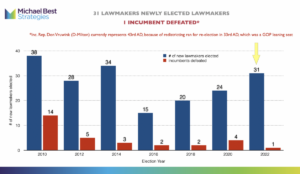 Find the full analysis and all results here:

In case you missed it, there will be 31 new lawmakers entering the state legislature next session. During Tuesday’s general election, one incumbent legislator was defeated.

The new legislators entering the State Senate will be: 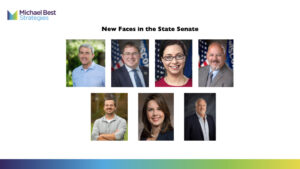 The new legislators in the State Assembly will be: 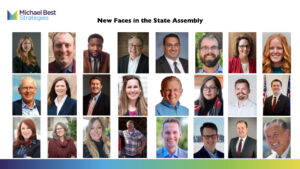 Find the full analysis and biographies for new legislators here:

In case you missed it, on Thursday Assembly & Senate Republicans caucused to elect leadership for the 2023-2024 session.

Heading into the next session, Assembly GOP Leadership will be: 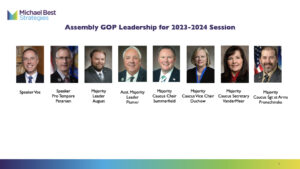 Senate GOP Leadership will be: 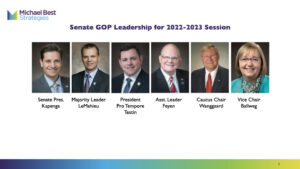