Governor Tony Evers (D-Plymouth) sent a letter to Senate President Chris Kapenga (R-Delafield) and Assembly Speaker Robin Vos (R-Rochester) this week in which Gov. Evers said he planned to deliver his annual State of the State address on Feb. 7. Gov. Evers also asked the two legislative leaders for authority to deliver the budget address on Feb. 28 or March 7. “A later date this year will allow both the State Budget office and the Legislative Fiscal Bureau additional time to review year-end economic activity in 2022 and updated 2023 economic forecasts,” Gov. Evers wrote. However, WisPolitics reported that it received a text message from Speaker Vos’ chief of staff, Jenny Toftness, who wrote “We will consider the governor’s request, but those dates probably won’t work.”

State law requires the governor to deliver the budget address on or before the last Tuesday in January of odd-numbered years. However, the legislature regularly waives that requirement. In 2019, Gov. Evers asked to deliver his budget March 5, but ended up releasing it Feb. 28.

Assembly Speaker Robin Vos (R-Rochester) re-appointed Rep. Mark Born (R-Beaver Dam) as the Assembly Chair of the Joint Committee on Finance (JFC), according to a press release issued by the Speaker’s office on Nov. 23. “Mark has done an outstanding job and has my full confidence to continue to lead this important committee,“ Speaker Vos said. ”His record of success and strong conservative vision will help bring forth another reasonable Republican budget that delivers on our promises and makes investments that are good for all of Wisconsin.”

Co-Chair Born was first elected to the Assembly in 2012 and has served on the JFC since 2017.

Because of legislative retirements, there will be at least 5 new members of the Joint Finance Committee for the 2023-2024 Legislative Session. Current members who are not returning and who will need to be replaced or have been replaced include:

Rep. Dave Considine (D-Baraboo), a member of the Assembly Education Committee, said he was concerned the bill would incentivize school districts to consolidate as a way to receive additional funding. “I could go to my community and I could tell them, ‘Hey, we’re going to get another $900 a kid if we consolidate, and then we lose, in my district, we lose the grade school in Arena whatever it is, which I lost,” Rep. Considine said. However, Rep. Rob Brooks (R-Saukville), chair of the study committee, said he thought school districts would only move toward consolidation after going to referendum. “This would be the option of a last resort,” Rep. Brooks said. 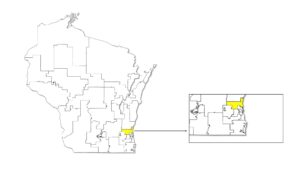 Effective December 1st, State Sen. Alberta Darling (R-River Hills) has retired midterm from the State Senate, creating a vacancy in the 8th Senate District. Governor Tony Evers (D-Plymouth) issued an executive order on Dec. 2 calling for a special election to be held to fill the vacant seat on Tuesday, April 4, 2023, in conjunction with the 2023 Spring Election. Should a primary be necessary, it will be held on Tuesday, February 21, 2023.

The 8th Senate District is a lean Republican district. In November, Republican U.S. Senator Ron Johnson captured 54.3% of the vote in the 8th SD and Republican gubernatorial candidate Tim Michels captured 52.0% of the vote. With Sen. Darling’s retirement, Republicans will have a 21-11 majority at the start of the legislative session in January, one seat shy of a veto-proof majority.

Who’s in, who’s out and who is considering?

running for the 8th SD seat. “I am running for the State Senate to ensure that the people of the 8th Senate District continue to have a proven commonsense voice in Madison,” said Rep. Knodl. “As State Senator, I will vote to support law enforcement, expand educational opportunities, roll back bureaucratic overreach and pursue continued tax reform.” Rep. Knodl has served in the Assembly since 2009 and was re-elected in November with 61.2% of the vote.

OUT: 23rd AD Rep. Deb Andraca (D-Whitefish Bay) announced this week that she would

not run for the open seat. “After a long battle to flip my Assembly seat in 2020, followed by a successful fight to prevent a supermajority in the Assembly in 2022, I want to spend some non-campaign time with my family – especially my younger daughter who will be leaving for college this fall,” Rep. Andraca said.

Circuit Court Judge Jennifer Dorow, who presided over the Waukesha parade attacker case, has announced that she will be running for state Supreme Court this spring. Judge Dorow was appointed to the Waukesha County bench in 2011 by former Governor Scott Walker. Since then, she has won six-year terms in 2012 and 2018 where she ran unopposed in both races. Judge Dorow is the fourth candidate to enter the race to succeed conservative Justice Pat Roggensack, who is retiring after two decades on the court. She now joins other conservative and former Justice Dan Kelly, and also the two liberal candidates Dane County Judge Everett Mitchell and Milwaukee County Judge Janet Protasiewicz.

The ideological balance of the court will be up for grabs this election, with the court currently having a 4-3 conservative majority and Justice Roggensack’s departure leaving an opening for the court to flip following her retirement. All four candidates are now circulating nomination papers that must be turned in by January 3rd. The two top vote-getters in the February 21st primary will advance to the April 4th election. After this spring’s election, the next Supreme Court race is scheduled to be in 2025, when liberal Justice Ann Bradley would be up for a fourth 10-year term. 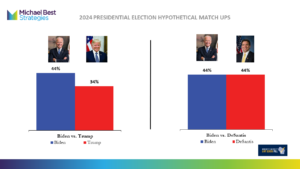