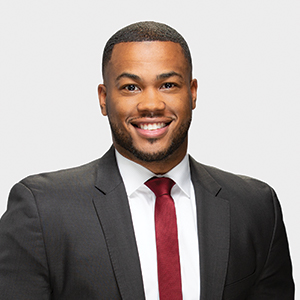 Aaron leverages his background and connections in Illinois state government to help clients further their business objectives. Before joining Michael Best Strategies, he held influential positions in Illinois’ Office of the Governor, Department of Juvenile Justice, and State Police.

Most recently, Aaron served as the Interim Legislative Director in the Office of Governor JB Pritzker where he managed the Governor’s Office of Legislative Affairs staff and statewide legislative liaison workforce. In this role, he advised the Governor on proposed bills, regulatory and administrative procedure, and legislative strategy. Aaron assisted with the successful enactment of the Governor’s landmark legislative agenda that included the proposed fair tax, legalization of cannabis, and increased minimum wage programs and the historic Rebuild Illinois Capital Plan by securing support from members of the Illinois General Assembly.

Prior to assuming this role, Aaron served as the First Assistant Deputy Chief of Staff for Legislative Affairs where he oversaw 16 state agencies legislative priorities, including energy, environment, infrastructure, public safety, and elections.

Earlier in his career, Aaron was Chief of Intergovernmental Relations for the Illinois Department of Juvenile Justice’s Office of Governmental Relations. In that role he drafted, passed, and implemented criminal justice reform and other legislation to advance the department’s legislative agenda, while securing a $120 million annual budget appropriation.

Aaron also served as counsel in the Illinois State Police’s Legal Office, where he worked closely with the Office of the Illinois Attorney General.

Aaron’s affiliations during his professional career: