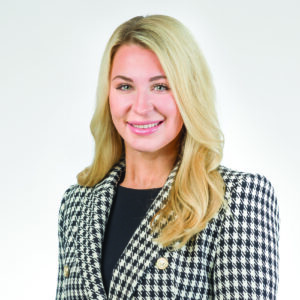 Anna Scott is a Principal on Michael Best Strategies’ Government Relations team. Based in Raleigh, Anna Scott leverages her experience in North Carolina politics and fundraising to help clients achieve their objectives.

Before joining the Strategies team, Anna Scott ran a successful fundraising and consulting firm in North Carolina, serving individual politicians and candidates as well as associations, committees, 501(c)(4)s, 501(c)(3)s, PACs, and other groups. In just two election cycles, Anna Scott was vital in raising over $30 million to support various levels of elections across North Carolina.

In previous roles, Anna Scott worked in the North Carolina General Assembly as a Research Assistant to the House Agriculture Committee, as well as a staffer to the North Carolina Senate. Prior to launching her own firm, Anna Scott served as Deputy Finance Director for Dan Forest for Governor with The Whillier Group. Early in her career, Anna Scott served as an intern on the Pat McCrory Committee and as a campaign staffer for then-state Senator William Timmons, now a U.S. Representative for South Carolina.

She brings expertise across a variety of industries, including agriculture, food and beverage, environment, healthcare, tax, technology, law enforcement, and local governments, among others.