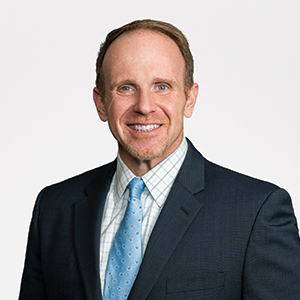 Tony is a Partner with Michael Best Strategies. He advises companies on government relations, public policy, and public image matters.

Before joining Strategies, Tony was the Senior Vice President of Capitol Consultants, Inc., a Madison-based government relations, public affairs, and grassroots advocacy firm. He was also the Managing Partner and Co-founder of Capitol Opinion, a public opinion research firm and consultancy that combines cutting edge techniques with political savvy.

Previously, Tony served as Special Assistant to former Wisconsin Governor Tommy Thompson. In this role, Tony was Gov. Thompson’s traveling press and policy aide. Tony held several other positions in the Thompson Administration, including serving as Deputy Communications Director of Gov. Thompson’s historic fourth-term election in 1998 and as an education policy aide to Gov. Thompson, as well as a post as Special Assistant to the Secretary of the Department of Administration. Tony has also worked on and advised numerous campaigns in Wisconsin and beyond, including gubernatorial, congressional, legislative, issue-based, and judicial campaigns.

Anthony’s affiliations during his professional career: