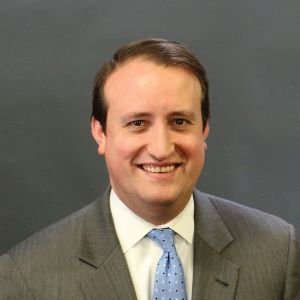 Brad has spent more than 20 years in client advocacy and government roles, and brings his considerable expertise and deep network of connections to his role as a Senior Advisor for Michael Best Strategies.

He has a successful record of advocating for clients’ interests on Capitol Hill, particularly in the areas of financial services, tax, real estate and housing, trade associations, and international affairs.

In addition to his role with Strategies, Brad is a senior advisor at The Majority Group, a bipartisan government affairs and consulting firm based in Washington, D.C. Earlier, Brad was a Principal at government consulting firm Eris Group (now part of GrayRobinson), and he spent eight years as the senior Democratic lobbyist at the Mortgage Bankers Association, during which time he successfully advocated for numerous legislations critical to the nation’s single-family, multi-family, and commercial real estate markets.

Previously, Brad served as Chief of Staff to U.S. Congressman Brad Sherman (D-CA), the Chairman of the Investor Protection, Entrepreneurship, and Capital Markets Subcommittee of the House Financial Services Committee and a senior member of the House Foreign Affairs Committee. As Chief of Staff, Brad acted as a senior policy advisor to Congressman Sherman, overseeing operations in both the Washington and Los Angeles offices, and worked closely with House Leadership, the Democratic Congressional Campaign Committee, and the K Street community. Prior to his role with Congressman Sherman, Brad spent three years working in the office of then-U.S. Senator Hillary Rodham Clinton (D-N.Y.)