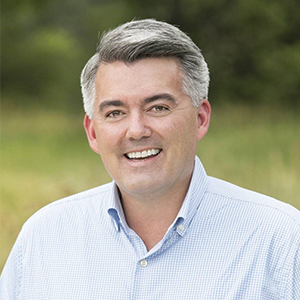 Cory is a former U.S. Senator who honorably represented the state of Colorado from 2015 to 2021. During this time, he was selected to serve as the Chair of the National Republican Senatorial Committee from 2017 to 2019. After the midterm elections in 2018, he became one of only two Republicans to hold statewide elected office in Colorado. In addition to chairing the NRSC, Cory also served on powerful Senate Committees including the Senate Committee on Foreign Relations and the Senate Committee on Commerce, Science, and Transportation.

Prior to being elected to the U.S. Senate, Cory represented Colorado’s 4th Congressional District in the U.S. House of Representatives from 2011 to 2015. During this time, he was an active member of the House Energy and Commerce Committee. Cory also served in the Colorado State House as a State Representative from 2005 until 2011.