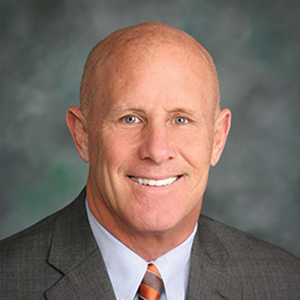 Robert is a recognized national security authority who brings significant expertise in foreign policy and defense to his role on Michael Best Strategies’ Board of Advisors. He is a retired Vice Admiral of the United States Navy, the former chair of the Counter Weapons of Mass Destruction Task Force, and Chief Executive for Lockheed Martin Middle East. In 2017, then-President Donald Trump tapped Robert to serve as his National Security Advisor.

With his deep insight into international security affairs, intelligence, operations, and strategy, combined with his business executive experience, Robert leverages his perspective, and connections, to help clients take their businesses to the next level.

As Chief Executive for Lockheed Martin Middle East, Robert is responsible for all aspects of the company’s strategy, operations, and profitable growth in UAE, Bahrain, Kuwait, Oman, Jordan, Lebanon, Qatar, Pakistan, Iraq, and Afghanistan. In 2019 he was recognized by Forbes magazine as one of the “50 Most Influential CEOs in the Middle East.”

During his prestigious 35-plus-year military career, Robert rose to the rank of Vice Admiral (SEAL) in the United States Navy. His extensive combat experience as a U.S. Navy SEAL saw him serve tours of duty in Afghanistan, Iraq, Syria, Somalia, Yemen, Bosnia, and throughout the Middle East.

Over the course of his distinguished career, Bob has received numerous civilian, military, and government accolades, including the following:

Robert’s affiliations during his professional career: