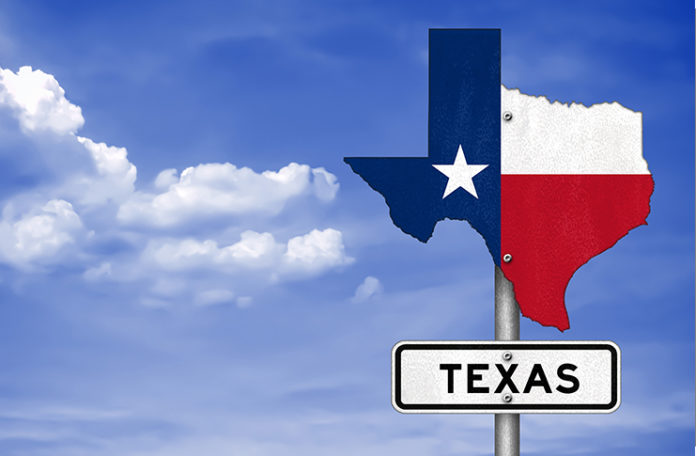 Texas boasts one of the most powerful delegations in Congress with 36 members in the House of Representatives, including seven committee chairs, and the majority whip in the Senate. When the next Congress is sworn in, the Texas Congressional delegation will include many new faces, as eight of the delegationâ€™s members announced retirement last year. This is a turnover rate typically reserved for redistricting cycles. In addition, there are three currently held Republican districts, where Hillary Clinton defeated President Donald Trump in the 2016 presidential election, that Democrats have targeted in an attempt to increase their numbers in the House of Representatives.

Now that the primary elections are almost decided, we have a better idea of who will be filling these vacancies or attempting to upset an incumbent. 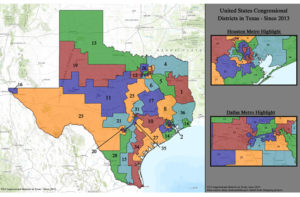 Republican Congressman Ted Poe is retiring. Navy Veteran Dan Crenshaw and retiring State Representative Kevin Roberts are in a run-off election, to be decided on May 22. Roberts has the support of much of the Houston establishment, including the popular Harris County Judge Ed Emmett. Crenshaw, on the other hand, won a place in the primary after beating all odds. Spending about $100,000, Crenshaw defeated Kathleen Wall and her $6 million war chest by a few hundred votes.

Republican Congressman Sam Johnson is retiring.Â State Senator Van Taylor easily won the Republican primary. Senator Taylor is a reliable conservative in the Texas Senate. He is a direct descendent of Humble oil and Refining Co. (now Exxon-Mobil) and has a personal interest in the oil and gas industry.

Republican Jeb Hensarling, Chair of Financial Services, is not seeking re-election. The original field for the Republican primary was crowded, with eight candidates. State Representative Lance Gooden and professional fundraising consultant, Bunni Pounds, will face off in a May 22 run-off. Among Poundsâ€™ clients is Jeb Hensarling, who has endorsed her.

Incumbent is House Energy Committee Chair Joe Barton, who is retiring following a very public sexting scandal late last year. Also following a crowded primary, this race will be decided in a May 22 run-off between Tarrant County Tax Assessor Ron Wright and Navy Veteran and member of the Texas Veterans Commission Jake Ellzey. Wright, who once worked for Barton, led with 45 percent of the vote. He also has the endorsements of many of the Tarrant County and Republican party leadership.

Incumbent is John Culberson, who is running for re-election.Â  Because Hillary Clinton won that district in 2016, Democrats believe they have an opportunity to win that seat, even though Culberson did outperform President Trump on that ticket.

The Democrats fielded a crowded primary, which will also be decided in a run-off election between Lizzie Pannill Fletcher and Laura Moser. This election is not without controversy and even Bernie Sanders has weighed in. In February, the Democratic Congressional Campaign Committee (DCCC) got involved in the race by releasing opposition research against Moser, out of fear that liberal Moser is unelectable in the conservative district. In the days following the run-off, Bernie Sanders spoke up for Moser and against the DCCC tactics.

Incumbent Beto Oâ€™Rourke, is retiring from the House to run for Senate against Ted Cruz. Veronica Escobar, the El Paso County Judge, has won the nomination and is expected to easily win the general election in November. It is expected that Escobar will join Sylvia Garcia from Houston as the stateâ€™s first Latinas elected to Congress from Texas.

Incumbent is Lamar Smith, who is not seeking re-election. Smith is Chairman of the Science, Space and Technology Committee. Chip Roy is a former chief of staff for Ted Cruz, and has been endorsed by the Senator. Matt McCall is a known figure in some of the district, after repeated attempts to defeat Congressman Smith in previous primaries. Both candidates are likely to join the Freedom Caucus.

Incumbent is Blake Farenthold, who was exposed as having settled (with taxpayer dollars) an $84,000 sexual harassment lawsuit by a former employee. Farenthold denies any wrongdoing, but he did announce that he will not seek re-election. This race will be decided in a primary run-off between Michael Cloud, the Republican County Chair and State Republican Executive Committee member and Bech Bruun, past president of the Texas Water Development Board.

Incumbent is Will Hurd, a centrist Republican, most known for his unlikely friendship with Democratic Congressman Beto Oâ€™Rourke. This has historically been one of the most closely contested Congressional Districts in the country, with the seat switching between Republican and Democratic hands every other cycle, until this past cycle. Hurd was elected to the seat in 2014 and held the seat by an even greater margin in 2016. Democrats are optimistic that the Trump effect will help them in this heavily-Hispanic, working class district.

Hurd is likely to win in November but that didnâ€™t stop a crowded field of Democrats from competing to have the chance to unseat Hurd. The Democratic nomination is also headed into a run-off between school teacher and self-proclaimed progressive Rick Trevino and Gina Ortiz Jones, a former Air Force Intelligence Officer.

Incumbent Gene Green, is retiring. State Senator Sylvia Garcia won the open primary outright, with the support of Congressmen Green and others in the local Democratic Party leadership. She is expected to win in November and join Veronica Escobar from El Paso as the stateâ€™s first Latinas in Congress.

Incumbent is Pete Sessions, who is seeking re-election. Because Hillary Clinton won that districtâ€™s vote in the presidential general election, Democrats have targeted this seat. Although Sessionsâ€™ netted 28,000 votes more than Clinton. Following a crowded primary, this is another nomination that will be decided in the run-off. The candidates on the May 22 ballot are Colin Allred, a civil rights attorney and former NFL player and Lillian Salerno, a former Obama administration official who served as the deputy undersecretary for rural development. Both candidates are proud progressives.

Curious who represents you? Find out here.