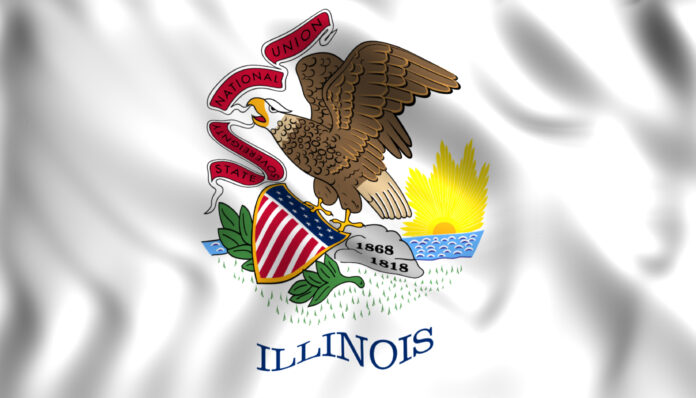 Building on a strong team of diverse experts in their fields, Governor JB Pritzker announced the following individuals have agreed to serve in his administration:

ABRAHAM LINCOLN PRESIDENTIAL LIBRARY AND MUSEUM BOARD OF TRUSTEES

Jessica Harris will serve on the Abraham Lincoln Presidential Library and Museum Board of Trustees.* Harris currently serves as the Interim Provost for Inclusive Academic Excellence at Southern Illinois University, where she formerly served as Director of the Black Studies Program and Provost Fellow for Diversity and Inclusion. She previously worked as an associate and assistant professor in SIU’s Department of Historical Studies. She also worked with students as a lecturer at Cornell University and as an instructor at Ithaca College’s Pre-Freshman Summer Program. Harris has earned awards such as the Dillard University 40 Under 40, the SIUE Dr. Martin Luther King, Jr. Humanitarian Award and the SIUE Phenomenal Woman Award. She is a member of the American Association of Blacks in Higher Education, Association for the Study of African American Life and History and Association of Black Women Historians. Harris earned both her PhD and Master of Arts in history from Cornell University and her Bachelor of Arts from Dillard University.

Jason Lesniewicz will serve as a Cultural Tourism Expert on the Abraham Lincoln Presidential Library and Museum Board of Trustees.* Lesniewicz currently works as the Director of Cultural Tourism at Choose Chicago. In 13 years of work the in the cultural tourism industry, Lesniewicz has worked within Choose Chicago as the Cultural Tourism Manager for Neighborhoods and as Group Coordinator for the Chicago Neighborhood Tours Program. Previously, he served as a Senior Associate for the Chicago Office of Tourism and Culture. Additionally, Lesniewicz serves on the Chicago Cultural Alliance Board as the Co-Chair of the Fundraising and Strategic Partnerships Committee. He earned his Bachelor of Arts in History from the University of Illinois at Chicago.

Martin Sandoval, C.P.A., will serve as a Business Administration Expert on the Abraham Lincoln Presidential Library and Museum Board of Trustees.*  With over 25 years of experience in business, strategic planning and financial management, Sandoval is the founding partner of Compass Associates. He previously was a Director of Corporate Development of Sara Lee Corporation and did similar work for organizations such as the McDonald’s Corporation and Arthur Andersen. Sandoval is a member of the American Institute of Certified Public Accountants and the Illinois CPA Society, and he has also served as Vice President for the National Museum of Mexican Art, Treasurer of the Little Village Chamber of Commerce and Vice Chair of the Hispanic Alliance for Career Enhancement. Sandoval earned his Master of Science in Business Administration and Bachelor of Science in Commerce from DePaul University.

Melinda Spitzer-Johnston will serve as a Digitization, Conservation and Historic Preservation Expert on the Abraham Lincoln Presidential Library and Museum Board of Trustees.* Spitzer-Johnston is currently the Digital Media Assets Manager at Encyclopedia Britannica. She spent eight years prior at her namesake firm, Armstrong-Johnston LLC, where she served as a principal partner, archivist, historian and curator. She has also worked as the Curator of Visual and Digital Resources for the Harvard Law School Library’s Historical and Special Collections Division, and in a variety of roles for the Chicago History Museum, including Research Coordinator, Project Archivist and Curator. In addition, she served on the Illinois Historic Preservation Agency Board of Trustees and as a member of the Abraham Lincoln Presidential Library and Museum study panel. Spitzer-Johnston received her Master of Arts in American History from DePaul University and her Bachelor of Arts in American History from Northwestern University. She became a certified archivist in 2018.

WESTERN ILLINOIS UNIVERSITY BOARD OF TRUSTEES

Mark Twomey will serve on the Western Illinois University Board of Trustees.* Twomey currently serves as the Superintendent of Macomb School District #185. Twomey garnered national recognition for his work on the flipped classroom movement during his tenure as Superintendent of Havana School District #126. Previously, he has worked as a principal and teacher in various communities in Central and Southern Illinois, following 17 years in the plastics industry. Twomey received his Doctor of Education in Educational Leadership from Western Illinois University.   Through his doctoral studies, he created “The United States Rural School Safety Project,”  designed to create safer learning environments in rural and small school districts throughout the nation.  His work was published in an article in the December 2012 edition of the Law Enforcement Executive Forum Magazine.