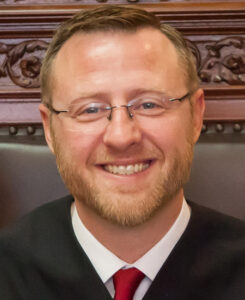 Late on Thursday the Wisconsin State Supreme court approved the legislative and congressional maps that will be used starting with the August 9th Partisan Primaries and for the next decade. The court ruled in a 4-3 split decision, with former Republican Governor Scott Walker’s Legal Counsel and current Wisconsin Supreme Court Justice Brian Hagedorn joining with the liberals on the court, to accept the maps submitted by Democratic Governor Tony Evers over the maps drawn by legislative Republicans.

In November, the court, with Justice Hagedorn joining with the conservatives on the court, said that they would accept maps that would minimize changes to Wisconsin’s election maps. In response to this guidance, instead of submitting the maps drawn by The People’s Maps Commission, Governor Evers submitted a revised set of maps within this framework. The maps that were proposed by the Governor’s commission faced bipartisan opposition in the Legislature with Democratic State Senator Lena Taylor (D-Milwaukee) and 17 Assembly Democrats, including Assembly Minority Leader Gordon Hintz (D-Oshkosh), voting against the Governor’s original maps. Their concerns centered around their belief that the Governor’s proposed maps would violate the federal Voting Rights Act because they would reduce the number of legislative districts with Black and Hispanic majorities. The People’s Maps Commission tried to create maps that would allow Democrats to create coalitions among Democratic-leaning demographics of voters to gain more Democratic-held seats, but they wouldn’t necessarily result in candidates that are the preferred choice of Black and Hispanic voters.

In their Thursday majority opinion, the court noted the following reasons for their selection of the Governor’s proposed maps for congressional and legislative districts;

“The first question is which map most complies with our least-change directive. With only eight districts, core retention——a measure of voters who remain in their prior districts——is the best metric of least change, and the map submitted by Governor Evers easily scores highest. His map moves 5.5% of the population to new districts, leaving 94.5% in their current districts. In raw numbers, the Governor’s proposal to move 324,415 people to new districts is 60,041 fewer people than the next best proposal. In addition, Governor Evers’ submission complies with the federal Constitution and all other applicable laws. We therefore adopt Governor Evers’ proposed congressional map.”

“The proposed senate and assembly maps making the least changes from current law are once again those of Governor Evers. In their senate proposals, both Governor Evers and the Legislature move a nearly identical 7.8% of voters to different districts (92.2% core retention), with a slight edge to the Legislature for moving 1,958 fewer people. However, in their assembly map proposals, Governor Evers moves 14.2% of voters to new districts, while the Legislature moves 15.8% (85.8% vs. 84.2% core retention), a difference that affects 96,178 people. No other proposal comes close. And beyond core retention, no other measure of least change alters the picture. The Governor’s proposed senate and assembly maps produce less overall change than other submissions.” 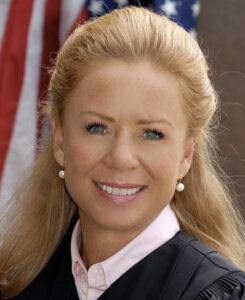 Chief Justice Annette Ziegler wrote the dissent for the minority opinion on the court, stating the following;

Lacking in substantive legal analysis, the majority is imbued with personal preference. The majority disrespects the VRA and instead cabins voters for purportedly “good reasons” in districts based solely on race, which is nothing short of a violation of the Equal Protection Clause. But to the majority, the Equal Protection Clause is a mere box to check, a speedbump on the path to dividing Wisconsin into racial categories. Not one case cited by the majority supports its race-based determination.2 Moreover, the majority implements a previously unknown, judicial test: “core retention.” Because the majority’s adoption of the Governor’s maps is unconstitutional, and conflicts with the record and well-established jurisprudence, I must dissent.”

Potential Electoral Impacts of the Decision

Under the maps adopted by the Supreme Court and proposed by Governor Evers, six of Wisconsin’s congressional districts would lean Republican, however the 1st Congressional District, represented by Congressman Bryan Steil (R-Janesville), would have a smaller historic Republican advantage than the district currently has.

Republicans currently control the State Senate with a 21-12 majority. Under the maps certified by the Wisconsin Supreme Court, according to the MJS analysis, the Republicans would maintain a similar advantage, with Republican State Senator Dale Kooyenga’s district becoming more Democratic and two incumbent Democratic seats that have trended Republican, maintaining that slight Republican advantage (Bewley & Smith). Senator Alberta Darling’s (R-River Hills) district had been trending to become a more competitive swing district, becomes more solidly Republican under the new map.

Republicans currently control the State Assembly with a 61-38 majority. Under the maps certified by the Wisconsin Supreme Court, according to the MJS analysis, the Republicans would maintain a similar advantage, but several districts get more competitive or switch partisan advantage. 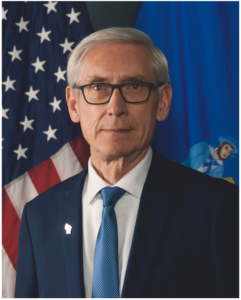 “The maps I submitted to the Court that were selected today are a vast improvement from the gerrymandered maps Wisconsin has had for the last decade and the even more gerrymandered Republicans maps that I vetoed last year. We still have a long way to go, and I will never stop fighting for nonpartisan redistricting as long as I’m the governor of this great state.”

“Today’s ruling isn’t a victory for me or any political party, but for the people of our state who for too long have demanded better, fairer maps and for too long went ignored—today’s victory is for them.” 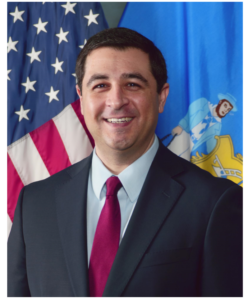 “This is a historic victory for democracy in Wisconsin. It will mean much fairer maps than we’ve had in place for the last decade, re-empowering many Wisconsin voters.” 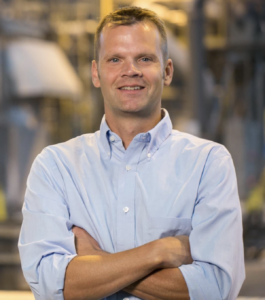 If you would like any additional information about the above topic, or if you would like to find time to discuss the above matter in more detail, please do not hesitate to contact your Michael Best Strategies contact. 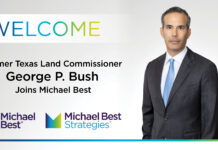 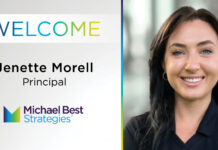