The Republican Party of Wisconsin (RPW) held its annual state convention in Middleton last weekend. GOP candidates running for state and federal office arrived hoping to win over attendees and score a GOP endorsement, which is also accompanied by unlimited spending by the state party for the remainder of the election. Past races have shown how an official nod from the party can propel a candidate to a primary victory. Due to recent changes to the party’s constitution, “no endorsement” was an option this year for the first time ever. The impact was swift and stark, with no candidate running in a contested statewide primary receiving the required support of 60% of delegates to secure the endorsement. Forgoing an endorsement means the GOP will be officially neutral until the August 9th primary is wrapped up.

The final ballot in the contested races were:

The Democratic Party of Wisconsin will be hosting its 2022 convention June 25-26 in La Crosse. Click here for details. 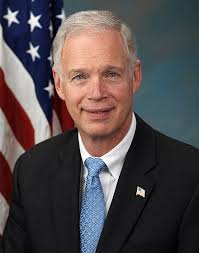 While there was no consensus pick from convention-goers for contested statewide offices, one incumbent candidate in attendance managed to unify GOP activists across the spectrum— Senator Ron Johnson. Taking the stage to a loud, and seemingly motivated reaction from the Wisconsin GOP grassroots, Senator Johnson spoke for 35-minutes, taking aim at the media and defending comments he’s made related to COVID-19.

After receiving the official endorsement of RPW, Johnson said, “Not only does our nation need to be unified and heal, our party needs to be unified as well.” Johnson is uncontested in the Republican primary and will face off against the Democratic nominee in the general election on November 8.

Although former President Donald Trump remains popular with grassroots conservatives across the country, grassroots Wisconsin Republicans prefer a Ron DeSantis presidency over a Trump repeat in 2024 according to a straw poll conducted by WisPolitics.com at the RPW convention Saturday. DeSantis, the current governor of Florida, has become a conservative darling in recent years because of his fight against COVID-19 restrictions and critical race theory, along with his support for election integrity and parental rights in Florida’s schools.

After serving on the Wisconsin Elections Commission (WEC) for nearly five years, former GOP state legislator Dean Knudson has announced he will no longer serve. A routine WEC meeting to elect a new chairman took an unforeseen turn when Knudson abruptly announced his resignation. Slamming the GOP’s unrelenting focus on re-litigating purported voter fraud during the 2020 election, Knudson said it had become clear he was no longer “effective in my role representing Republicans on the commission.”

Knudson went on to say “the painful truth is that President Trump lost the election in 2020 – lost the election in Wisconsin in 2020. And the loss was not due to election fraud.” Although WEC was established with the backing of Republicans in 2015, it has faced significant scrutiny from the GOP following former President Donald Trump’s 2020 election loss because of guidance it gave to clerks regarding absentee ballots, drop boxes, and other electoral issues during the COVID-19 pandemic.

Knudson said he would step down from his post on the commission as soon as Assembly Speaker Robin Vos, who appointed Knudson in 2017, named his replacement. The commission voted 5-1 to delay the leadership vote until its June 10 meeting. 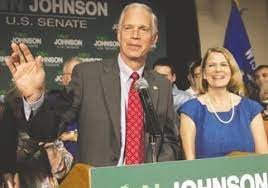 According to a recent story in JSOnline, records from the FEC show Diane Hendricks along with Liz and Dick Uihlein gave $3.5 million to Wisconsin Truth PAC, a newly formed super PAC based in Texas supporting Ron Johnson’s re-election bid. Hendricks alone donated $2 million in February while Liz and Dick Uihlein collectively gave $1.5 million in March. The donated funds did not sit idle long; the PAC already released a television spot slamming Joe Biden’s handling of the economy, including rising gas prices and inflation.

The spot goes on to highlight Ron Johnson’s fiscal conservative credentials saying he’s “fighting for lower taxes, ending reckless spending, and finding American energy solutions that protect our safety and wallets.” The Uihleins and Hendricks have a history of infusing cash into Johnson’s re-election efforts. According to Pro Publica, the GOP mega donors gave a combined $20 million to support Johnson’s re-election bid in 2016.

One Nation to spend an additional $3.17 million in Wisconsin in pro-Republican advocacy effort

One Nation, which describes itself as a “public policy organization dedicated to promoting common sense legislative solutions,” announced that they will spend an additional $3.17 million in Wisconsin as apart of a $43.5 million, five-state advocacy effort. In a press release, the group said that it would focus on issues such as inflation, immigration, and “quality-of-life concerns of hard-working Americans.” It will feature multimillion-dollar paid media campaigns across Arizona, Georgia, New Hampshire, Nevada, and Wisconsin.The funding supplements an initial $5.8 million that the group spent in Wisconsin. The advertisement targeted Democrats over the cost of gasoline and groceries and praised Wisconsin for “fighting back” against “inflationary spending.” 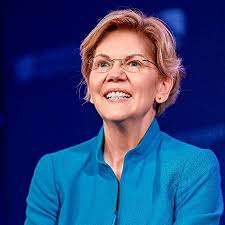 With the August 9th primary fast approaching, Senator Elizabeth Warren (D-Massachusetts) showed up in Wisconsin to help boost Senate candidate Mandela Barnes’s campaign for the Democratic nomination. Stumping for Barnes at two events Friday and then another Saturday, Warren billed Barnes as a reliable progressive who would fight back against the Republican agenda and help abolish the filibuster. The Massachusetts Senator also took aim at Ron Johnson, calling him “one of the Senate’s most extreme members.”

According to an article in The Cap Times, Warren’s trip to Wisconsin is an indication the Barnes campaign is experiencing a new level of urgency. Warren’s trip to Wisconsin came shortly after an announcement from the Barnes campaign of a multimillion dollar TV ad buy earlier in the week. A recent Marquette Law School poll also showed his lead in the primary slipping. Barnes, long considered the front-runner in the race, was in a statistical tie with Milwaukee Bucks executive Alex Lasry in that poll.

Ben Voelkel drops out of Republican primary for Lt. Governor 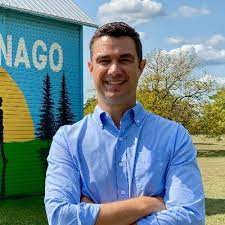 Ben Voelkel, a former aide to U.S. Senator Ron Johnson (R-WI), announced that he was dropping out of the GOP primary for Lt. Governor, narrowing down the crowded field to eight candidates. According to Wispolitics.com, Voelkel raised $116,019 last year and had $70,080 in cash on hand at the end of 2021. Only State Senators Roger Roth (R-Appleton) and Patrick Testin (R-Stevens Point) had more cash on hand earlier this year. Despite this fundraising, Voelkel did not advance past the first round of voting at the recent RPW convention to gain the state party’s endorsement.

In a statement, Voelkel said that he “…had the right message and a strong start, but it wasn’t enough in a wide-open field.” He said that he would continue to campaign for Republicans in statewide races in the fall, including those for Governor and U.S. Senate.

Wispolitics.com also reported that Voelkel was encouraged by some Republicans to run for the 5th State Senate district, which is being vacated by State Sen. Dale Kooyenga (R-Brookfield). However, Voelkel has gone on record that he will not run for the seat.

An internal poll that was conducted for State Senator Brad Pfaff’s (D-Onalaska) campaign in the Democratic primary for Wisconsin’s third congressional district suggested that he has a significant lead over the rest of the field. The poll found that 28% of likely Democratic primary voters plan to vote for Pfaff. In comparison, 8% support Eau Claire businesswoman Rebecca Cooke, 7% support retired CIA and Army officer Deb McGrath, and 5% support La Crosse Alderman Mark Neumann. Notably, more than half of the respondents did not commit to any of the four candidates.

Pfaff’s lead widened further when respondents were read short profiles of each of the candidates, with Pfaff earning 40%, McGrath earning 17%, Cooke earning 16%, and Neumann earning 3%. That leaves about 24% of respondents still undecided. The poll was conducted by Impact Research between May 11th and 15th. It surveyed 401 likely Democratic primary voters in the third congressional district. The margin of error for the full sample was reported to be +/- 4.9 percentage points.

*Bold indicates an announcement within the past week

A new Marquette Law School Poll national survey finds a sharp downturn in the approval of the U.S. Supreme Court

A sharp downturn in approval of the U.S. Supreme Court (SCOTUS) was noted in a new Marquette Law School Poll national survey released May 25. In the poll, 55% of respondents said they disapproved of the way SCOTUS is “handling its job” while 44% approved. Those numbers are in contrast to a March 2022 poll where the same question was asked and 54% approved while 45% disapproved.

The new May poll also found that a majority of respondents, 54%, opposed the possible future Supreme Court decision striking down Roe versus Wade, the landmark SCOTUS ruling that has governed access to abortion in the United States since 1973. As recently as July 2021, the Court had a 60% approval rating. The poll was conducted May 9-19, 2022, a week after a draft opinion that would overturn the Roe v. Wade abortion rights precedent was leaked to the Politico news organization. The survey interviewed 1,004 adults nationwide and has a margin of error of +/-3.9 percentage points.

More information about the Meat and Supply Chain Resiliency Grants, including the application and FAQs, is available here. 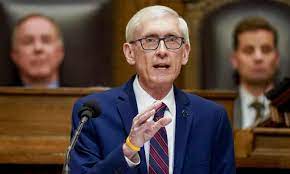 Gov. Tony Evers announced on Monday an additional investment of more than $2.2 million in American Rescue Plan Act (ARPA) funding directed towards the city of Milwaukee for violence prevention and to help the Milwaukee Police Department (MPD) take immediate steps to address crime. According to the press release, the more than $2.2 million investment will help MPD hire civilian contractors to manage ballistics technology used to investigate gun crimes as well as the processing of sexual assault kits. A portion of the funds will also be available for MPD officer overtime costs in downtown Milwaukee this summer.

Gov. Evers also stated the investment will allow the city of Milwaukee to install downtown security fencing that can be remotely raised and lowered, which would allow the city to transform the downtown entertainment corridors into pedestrian-only zones on weekends and during major downtown events.

Finally, the funding will help MPD purchase several pieces of equipment, including forensic workstations, night vision devices, air tanks, and a device that provides instant, on-scene ballistics analysis. This latest round of funding for MPD comes after a more than $50 million investment in public safety made by Gov. Evers in March of this year also using ARPA dollars.