As the other top Democratic primary opponents dropped out of the race last week, Lt. Governor Mandela Barnes’ campaign announced that it had raised $1.1 million and 21,000 donations in the past week. In a statement to The Hill, Barnes said that he is “so proud of the unprecedented support and unity Wisconsin has demonstrated in our fight to defeat Ron Johnson. We are building a grassroots movement of working people from every community who understand that we have much more in common with each other than we ever will with an out-of-touch, self-dealing millionaire politician like Ron Johnson.” 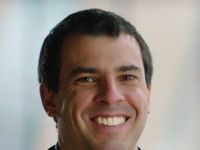