Vice President Kamala Harris made a stop in Milwaukee on Thursday to speak at the Democratic Attorneys General Association meeting in Milwaukee. Harris discussed a number of topics including safeguarding elections from misinformation and protecting access to abortion. She praised Wisconsin Attorney General Josh Kaul for challenging the state’s 1849 law that bans abortion except to save the life of the mother. “Josh, our administration has your back,” Harris said.

At a press conference ahead of Harris’ speech, RPW Chairman Paul Farrow and GOP AG candidate Eric Toney said the Biden/Harris administration has shown a lack of leadership on public safety. Toney spoke at length about crime issues in Milwaukee and the lack of security at the southern border. He was critical of both Harris and Kaul for not putting the necessary resources into police departments and border security. “Where we need the help from our United States Attorney’s Office, from the federal government, is on the violent crime that we are seeing here in Milwaukee; that they are refusing to address and looking to basically sweep it under the rug and pretend it does not exist,” Toney said. 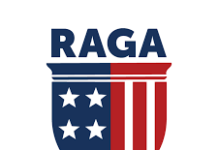 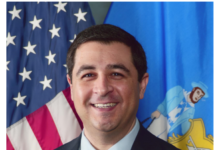